The Toyota Urban Cruiser will be launched during the upcoming festive season.Toyota hopes to attract a new set of customers with the Urban Cruiser SUV.
By : HT Auto Desk
| Updated on: 04 Aug 2020, 03:39 PM 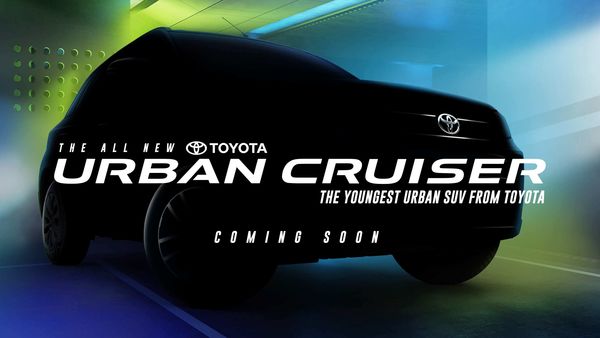 The Toyota Urban Cruiser will be based on the Maruti Vitara Brezza compact SUV.

Toyota Kirloskar Motor (TKM) on Tuesday announced the much-awaited entry into the compact SUV segment in India with the new Urban Cruiser SUV. As reported by HT Auto in the past, the Urban Cruiser will be launched during the upcoming festive season.

In March 2018, Toyota Motor Corp and Suzuki Motor Corp (SMC) shook hands for exchanging hybrid and other vehicles in the Indian market. As a part of the deal, TKM already sources Baleno hatchback from Maruti and sells it as Glanza, and now Maruti's Vitara Brezza will also be sold by TKM as the 'Urban Cruiser'.

Toyota has already sold more than 25,000 units of Glanza hatchback in the last one year and it is natural for the brand to expect similar response for the upcoming Urban Cruiser SUV since the demand in the compact SUV segment is at an all time high. Toyota hopes to attract a new set of customers with the new SUV.

Commenting on the foray into the compact SUV segment, Mr. Naveen Soni, Senior Vice President, Sales and Services, TKM, said, “We are very excited to announce our plans to launch the Toyota Urban Cruiser this festive season. The Toyota Urban Cruiser is another such effort to satisfy the evolving customer needs. Also, we hope that the Urban Cruiser gives us an opportunity to welcome a new set of customers who not only aspire to own a Toyota SUV early in life, but would also like to experience Toyota’s global standards of sales & after-sales services. We will share more details about the car and the launch in the days to come".