LG Chem under scanner due to faulty battery cells in GM, Hyundai EVs

LG Energy Solution, a subsidiary of LG Chem is the biggest battery maker and supplies EV batteries to automakers such as Ford, GM, Volkswagen, Tesla, Hyundai.
By : HT Auto Desk
| Updated on: 29 Aug 2021, 09:26 AM 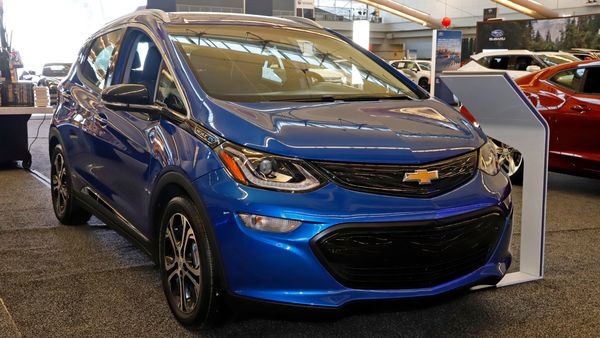 Around 140,000 units of Chevrolet Bolt EVs have been affected by the faulty batteries.

Also Read: EVs catch fire: The how, who and what of it all

Responding to the situation, LG Chem has claimed that the company is actively working with its client and partners to ensure that the recall measures are carried out smoothly. The battery maker also said that the reserves and ratio of cost to the recall will be decided depending on the result of the joint investigation looking into the root cause. The investigation is currently underway by GM, LG Electronics and LG Energy Solution.

The affected lithium-ion battery cells in the impacted GM and Hyundai EVs were built at LG Energy Solution's plants in South Korea and China.

LG Energy Solution is one of the biggest battery manufacturers that supplied EBV battery cells to several other auto manufacturers. These include Ford, Volkswagen, Tesla etc. However, Ford and Volkswagen have not reported similar fire issues in their respective EVs.

General Motors last week announced its recall of the Bolt EV. This affected more than 140,000 vehicles. This will cost the automaker an estimated $1.8 billion. The automaker has said that it would seek reimbursement from LG.

Hyundai too has announced a recall for 82,000 EVs worldwide, including 75,000 Kona EVs. The South Korean auto major will spend around $900 million to replace the affected batteries.