Lexus to unveil its first EV RZ 450e on April 20, to get yoke steering wheel 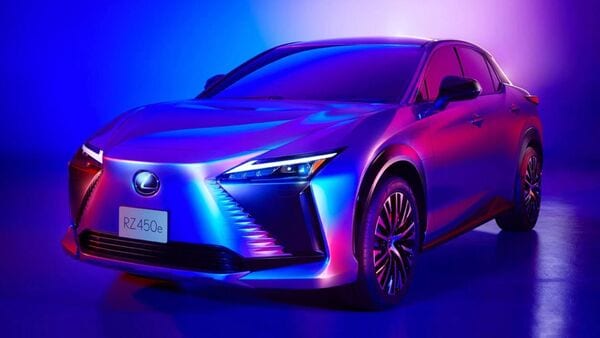 Lexus is all set to drive in its new electric car RZ 450e this month. The electric SUV is going to be the Japanese luxury brand's first EV and is slated to be unveiled for global markets on April 20. Lexus had previously released two images showing the SUV. The most interesting feature that this electric vehicle will get is the yoke steering wheel, similar to the ones seen inside Tesla's Model S Plaid or Model X.

Yoke steering wheel seems to be the latest in vogue with several carmakers working on it. It forces the driver to keep their hands at the so-called 9 and 3 o'clock position, which experts say has advantages if a large airbag deploys. Yoke steering wheel also claims to help drivers get a good view of the instruments. However, there are disadvantages too. Such steering wheels does not allow one to change grip or slide with half the steering wheel. 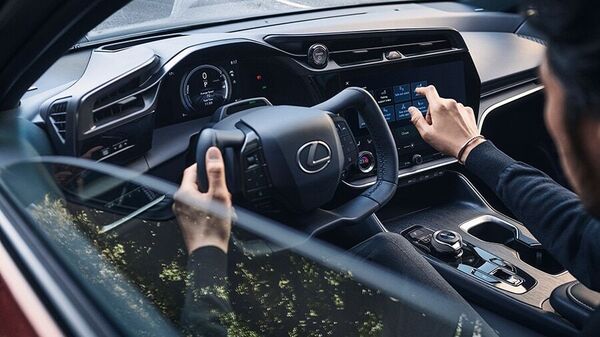 Lexus RZ 450e SUV will come with a yoke steering wheel, something seen inside a Tesla Model S Plaid or Model X.

Besides the yoke steering wheel, the interior image shows that the new Lexus electric SUV will get a massive touchscreen and a centre console clad in premium quality material.

Lexus has also released the image of the exterior of RZ 450e. It appears quite typically Lexus with chunky front face with aerodynamic and futuristic design language. From the side, the large wheel arches are quite prominent. Based on the E-TNGA platform, the Lexus RZ 450e promises to offer more cabin space. It will also help accommodate larger electric batteries.

(Also read: Lexus goes on the hunt for German giants in India. Here's the plan)

The company has not yet given any technical details such as the engine, the battery capacity, range or performance of the Lexus RZ 450e. However, it is likely to be similar to that of the Toyota bZ4X and Subaru Solterra, with which the new electric SUV shares the platform. The BZ4X has a range of up to 511 kms and comes in both a front- and four-wheel-drive version.

Lexus aims to become a pure electric vehicle brand by 2035. Until then, the company intends to continue introducing vehicles with combustion engines or hybrids.