Home Auto News Lexus Goes On The Hunt For German Giants In India. Here's The Plan

Lexus goes on the hunt for German giants in India. Here's the plan

Lexus knows it is a niche, a rather exclusive brand in India. It doesn't mind the tag. But that's no reason for not appealing to a larger section of Indian luxury car buyers.
By : Shubhodeep Chakravarty
| Updated on: 23 Mar 2022, 15:45 PM

The luxury passenger vehicle space in India may be small but it is also one that is hotly contested by a number of very strong players. From Mercedes-Benz and BMW ruling right at the top to Audi registering a solid comeback in recent times, it is a good time to be competing for numbers here. But while the competition may be fierce, Lexus has remained a very niche brand with its appeal limited to a select group of buyers. Having only made its India debut in March of 2017, the Japanese brand can't really boast of a long-standing connection but just because there hasn't been one may not been there cannot be one. Enter the updated 2022 Lexus NX 350h that clearly aims to find favour among a larger group of buyers and, more importantly, help the brand establish a more firm foothold here.

The latest NX 350h is brought in via the CBU route and pricing starts at ₹64.90 lakh (ex showroom). It gets very catchy styling updates on the outside, plenty of features to keep occupants engaged and a hybrid motor as well. But while the product offering on its own appears strong, it is the intention of the SUV laying a foundation that is more significant. For Naveen Soni, Lexus India President, it may be a tricky walk between the brand remaining exclusive while still appealing to a wider audience. But Soni isn't all about increasing sales volumes just yet. “It is not just about the number of vehicles we sell but also about the kind of customers, they are design connoisseurs," he tells HT Auto in during an interaction. “They are looking at a car that expresses their uniqueness. So from that point of view, our customers have been supporting us all this while. What we are now looking at is a sustainable growth phase." 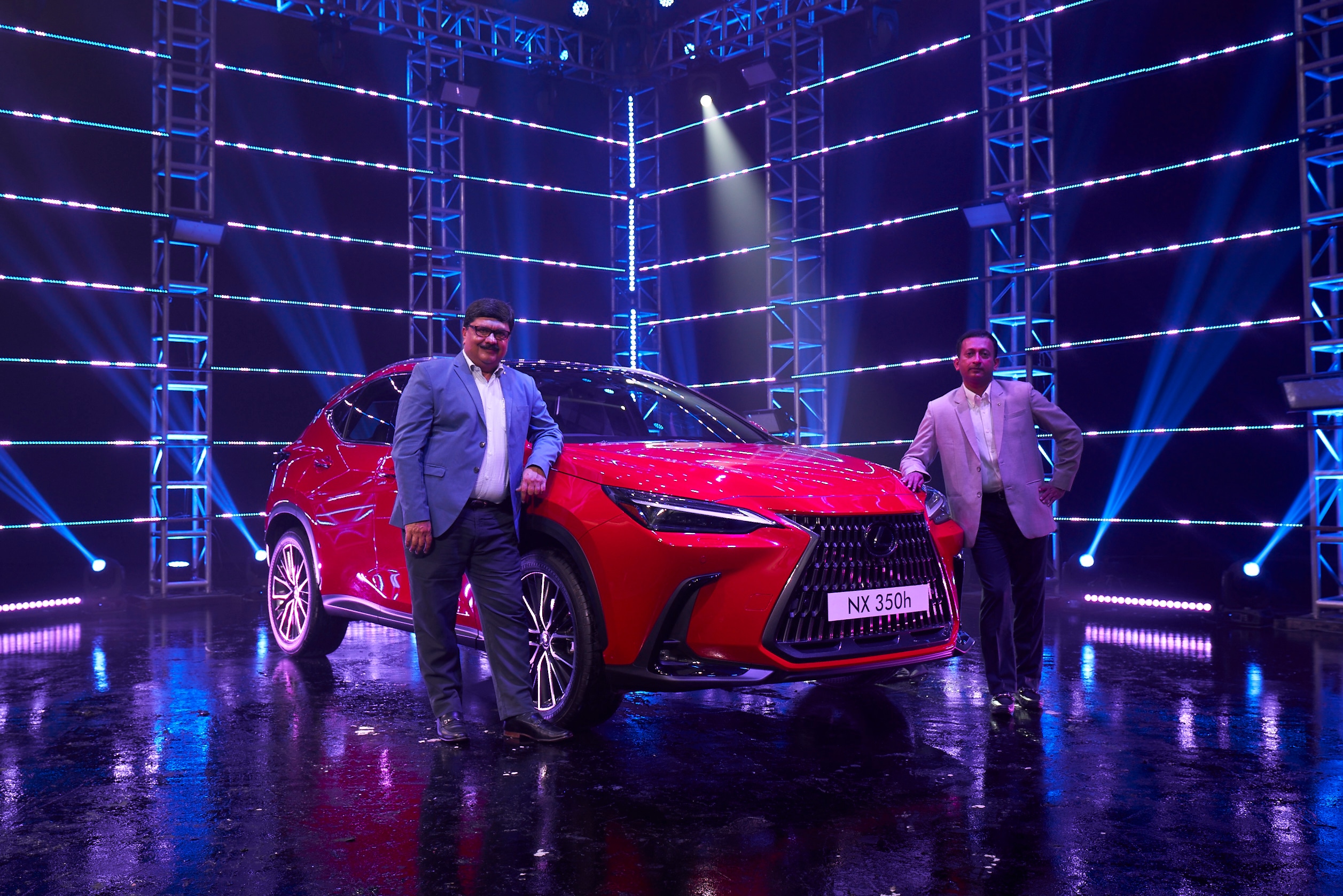 Lexus currently offers a number of sedans and SUVs in the Indian market where, Soni says, there is clearly a demand revival. “It is for us to kind of capture this, how much we want to capture. So from that point of view, we will be enhancing our channel also. And we would like to expand the number of vehicles that we have in this table," he explains.

The NX 350h, of course, will have to bat on the front foot in this regard.

Soni says that the updated NX 350h has been well received by customers - he however doesn't share bookings' numbers - and adds that the task at hand is to get units delivered in the shortest possible timespan. “I do not want my customers to wait, it isn't fair. We'd now like to shorten this by increasing our allocations," he explains.

But what about the possibility of localizing? “A critical mass is required. Because on one side, yes, if you do local assembly, the duty structure does come down. But what goes up if you don't have volumes is the part prices for localization. So it is a balance."

Will all of these efforts then help mount a credible challenge to the Germans in India? Lexus doesn't exactly appear overextending its confidence just yet but is sculpting its priorities to perfection to play a bigger role. And with a move towards electric mobility, the company has also started conducting feasibility studies for its UX electric vehicle. “We know there are expectations from customers to go fully electric. For this reason, we are now testing the UX here which will be assessed at customer clinics and for market acceptance," says Soni.