Lexus NX 350h SUV to launch in India next month

Lexus India had opened pre-bookings for the second generation NX 350h SUV in India earlier this year. It will come with a hybrid technology powertrain and new design.
By : HT Auto Desk
| Updated on: 23 Feb 2022, 07:33 AM 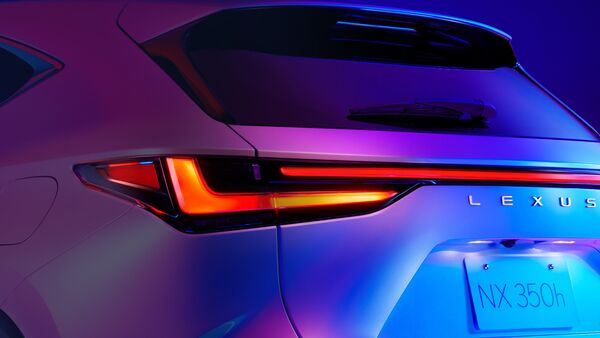 Lexus is all set to drive in the second generation NX 350h SUV to India in March.

Lexus India is all set to launch the second generation NX 350h SUV in India. The luxury carmaker is expected to launch the 2022 NX 350h in the country in the first week of March.

Lexus India had opened pre-bookings for the second generation NX 350h SUV in India earlier this year. It will come with a hybrid technology powertrain and new design.

Lexus NX was first launched in the country back in 2018 and has been one of the most successful models for the brand in India. The NX portfolio was then expanded in 2020 with the introduction of the new variant - the NX 300h Exquisite.

Based on the Toyota's TNGA-K platform, the Lexus NX 350h is slightly bigger in size compared to the previous generation model. The new model will be available in three variants - Exquisite, Luxury, and F-Sport.

“We are eager to launch this new NX at the earliest and are confident that the NX is sure to set a new benchmark in the luxury market," said Naveen Soni, President Lexus India.

The all-new 2022 Lexus NX 350h will come with a hybrid technology powertrain and new design. On the outside, the Lexus NX 350h SUV will sport a new set of LED headlight and taillight which have become sharper. The cabin of the luxury SUV will come equipped with a list of premium features such as a bigger 14-inch touchscreen, heads-up display, panoramic sun/moon roof, multi-media audio system, leather upholstery, premium sound surround speakers, and smartphone connectivity, among others.

The 2022 Lexus NX 350h will be powered by a 2.5-litre four-cylinder naturally aspirated petrol engine, coupled with an electric motor that delivers 145 kW of power. Together, they generate a maximum output of 239PS with a range of 55 kms in electric-only mode.

When launched, the Lexus NX 350h SUV will take on other luxury SUVs in the market such as Mercedes-Benz GLC, Audi Q5 and BMW X3.