Lexus LFA successor could come with a twin-turbo V8 motor 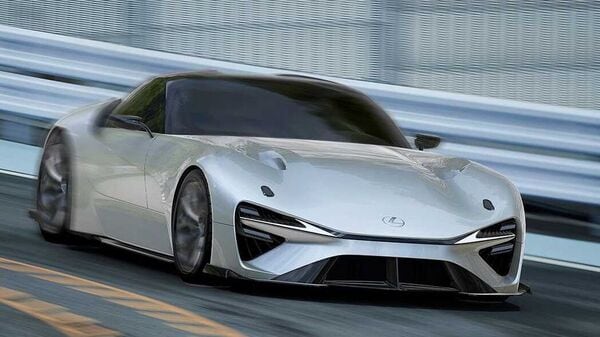 Lexus Electrified Sports concept is expected to be a key model in the Toyota group's EV product offensive.

Remember Lexus Electrified Sport Concept, a sleek sports coupe concept car unveiled by the Japanese luxury car brand late last year? While it is supposed to spawn out an all-electric halo model that will succeed the legendary LFA, a Japanese magazine called Mag-X reports that there would be an internal combustion engine powered variant as well, which will get power from a twin-turbocharged V8 motor. While it is not very surprising to see an ICE variant of the halo car, the exciting part is the engine.

The engine will be sourced from the LC500. Lexus unveiled an endurance race car based on LC500 meant for 24 Hours of Nurburgring in 2018. In 2019, the car was fitted with the said engine as it was meant to become the testbed for future production models. However, the project was eventually shelved. Now, the same engine is reportedly set to make its way into the upcoming halo car.

However, there is confusion as well. Earlier this year, it was revealed that Toyota would ditch the V8 motors in favour of V6. Now, if the automaker has to produce a V8-powered LFA successor alongside an all-electric version, there has to be some financial sense. Interestingly, Toyota Tundra and Sequoia have already ditched their V8 engines in favour of V6 power mills.

Also, the automaker has to modify the platform of the vehicle as it was purely built for an electric powertrain, not to accommodate a mammoth combustion engine. Above that, it is not a mass market product that will make sense financially. However, Toyota is expected to make things official next month.