Let the festivities begin: From Thar to Gloster, 5 key car launches in October

Car makers are lining up to fire new products galore as October promises to light up a rather sedate Indian automobile market.While Thar is likely to hog maximum spotlight, Gloster promises premium luxury. The other key launches also promise to bring something new for the Indian buyer.
By : HT Auto Desk
| Updated on: 01 Oct 2020, 03:09 PM 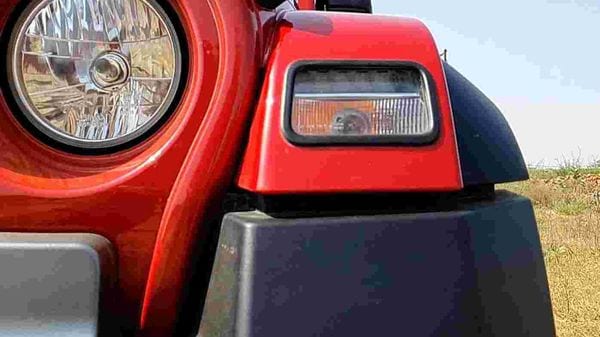 Thar 2020 from Mahindra is one of the biggest launches of the year.

The festive period in India always brings with it the promise of a spurt in sales for the country's automobile sector, regardless of how challenging the preceding months may have been. And 2020 so far has been extremely challenging to a point where car makers are looking at October and November with unprecedented levels of earnest. While pent-up demand post lockdown months came as some sort of relief, the upcoming festivities could result in a further uptick in sales chart even if it may be less than what has been seen in previous months.

New cars always bring the promise of a fresh lease of life and there is really no surprise that several OEMs are in launch mode with products that could cater to buyers in different segments. Here are the five most awaited launches scheduled for October:

Mahindra Thar 2020: Thar will be officially launched on Friday (October 2) after getting a massive traction since it was first unveiled on August 15. The bold and rugged SUV now promises to cater to the needs of the everyday driver as much as the enthusiasts and comes with a plethora of drive and comfort options, apart from petrol and diesel engine choices. There is also an automatic gearbox at the ready.

MG Gloster: MG is dreaming big and is all points for being ready to brazenly enter the luxury SUV segment with the Gloster. This will be the company's fourth product, after Hector, ZS EV and Hector Plus, and has a massive road presence while offering a luxurious cabin and Level 1 autonomous drive functionality.

Gloster will be officially launched in India on October 8.

Renault Kiger (speculated): After two big launches in the sub-compact SUV segment in September - Kia Sonet and Toyota Urban Cruiser, Renault is unlikely to be content sitting on the sidelines. There are several reports which claim that the company's Kiger would be launched in October although the company is yet to confirm this.

When launched, Kiger is expected to get a turbo petrol engine and may come with manual, AMT as well as CVT options. While some of its design elements are likely to be similar to the Triber, Kiger would look at creating not just its own identity but bring down some established players in the segment.

BMW 2 Series Grand Coupe: Those looking to break into the entry-level luxury sedan segment will keep an eye out for BMW 2 Series Grand Coupe which will be officially launched on October 15. Expected to be priced starting around ₹35 lakh mark, it will take on Mercedes-Benz A-Class and Audi A3. (Read more here)

Audi Q2 (speculated): It is confirmed that Audi is riving in Q2 to India and while it is most likely to take place in October, an official date is awaited. The Q2 will be the most affordable offering from a company that has recently upped the top bracket with the launch of Q8 and RS Q8.