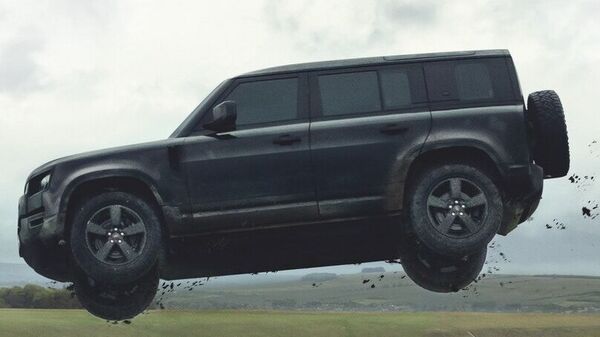 Land Rover, Jaguar and Aston Martin used for filming the latest James Bond movie ‘No Time To Die’ are all set to go under the hammer for a charity auction in September this year by Christie's auction house. The famous auction house is currently celebrating the 60th anniversary of the James Bond movie franchise with the official two-part charity sale.

The Jaguar XF sedan, which was driven by the bad guys in the movie chasing after James Bond and Madelaine Swann in the film’s pre-credit sequence. It will be offered at the auction for sale. It is one of the two cars that appeared on camera, and the auction house estimates that it could fetch around $84,994.

The Range Rover Sport SVR also starred in a chase, and it will go under the hammer as well. The estimate is that this luxury SUV will go for a bit more than the Jaguar. It could fetch around $145,704. The other vehicles to go under the hammer include Defender 110 V8 Bond Edition created by SV Bespoke, a Defender 110 that was, in fact, featured in “No Time To Die." The SUV starred in the all-terrain chase scene and features the rather unique VIN 007.

It was one of 10 Defenders used in the filming of the movie. It was also the SUV that was used in promotional activity ahead of the movie's release. This SUV is expected to fetch $607,100 in the auction. Christie’s will also be selling two Aston Martins from the film. The first one is a 1981 Aston Martin V8 that was specially modified for 'No Time To Die' and driven by Daniel Craig. The second is an Aston Martin DB5 replica that was handcrafted for the film.