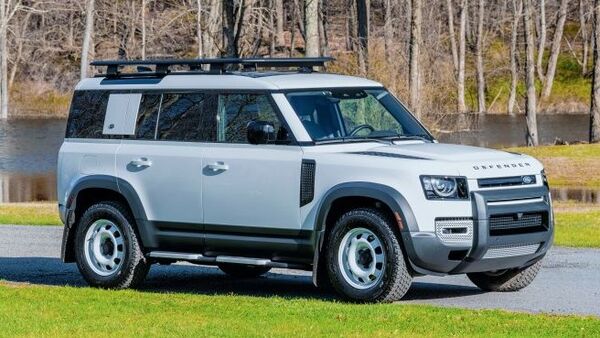 Land Rover has announced a limited production 30th Anniversary Edition of Defender SUV to pay a tribute to the iconic 1993 Land Rover Defender 110’s heritage. Only 500 units of this edition will be built and be available at select Land Rover retailers in North America. The anniversary model follows the style and specifications of the original along with latest cutting-edge technology.

The 30th Anniversary Edition will be based on Defender 110 P300 S model in Fuji White while featuring Ebony grained leather seat facings, Cross Car Beam in White Powdercoat Brushed Finish and 18-inch Gloss White Steel Wheels to complete the visual homage. A heritage inspired exterior badge will also be placed on the rear tailgate of the model.

Other advance features seen on the latest model include premium LED headlights, air suspension, and front fog lamps. Convenience features include activity key that can be worn like a watch, allowing the owner to keep the keys of the vehicle safe and dry, while also enabling them to take part in water related adventures.

On the inside, the vehicle features a three-zone climate control system and an air quality sensor along with cabin air ionization for optimal comfort. The 2023 Land Rover Defender 30th Anniversary Edition is priced from $75,000 and will be available at certain Land Rover retailers in the US.