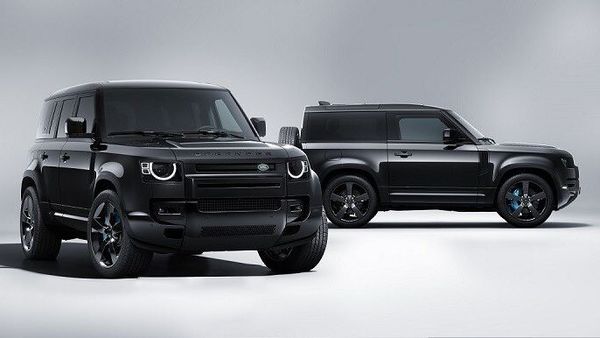 Land Rover SV Bespoke has come up with a new Land Rover Defender V8 Bond Edition to commemorate the 25th James Bond film, No Time To Die, which is set to be released worldwide later in September.

The new Defender V8 Bond Edition is available for purchase as a Defender 110 or 90 and has been made taking inspiration from the model that has appeared in the 25th James Bond film. The car gets certain exterior bits that set it apart, including the Extended Black Pack with 50.80 cm (20) Satin Dark Grey wheels, signature Xenon Blue front brake calipers and a ‘Defender 007’ rear badge.

Inside, the car gets illuminated ‘Defender 007’ treadplates along with a distinctively developed touchscreen start-up animation on the Pivi Pro infotainment system to honour the brand's collaboration with the James Bond franchise. It also gets unique ‘007’ puddle lamp graphics that can be spotted at night.

The car will be limited to just 300 units across the globe. Also, it will feature a special ‘one of 300’ etching detailing inside the cabin, along with the SV Bespoke logo. “The Land Rover Defender V8 Bond Edition is an exclusive take on the most powerful production Defender ever made, inspired by vehicles on-screen in No Time To Die. It represents a meeting of two great British brands and is a unique celebration of Land Rover’s 38-year association with James Bond," said Finbar McFall, Land Rover Brand Director.

The SUV comes powered by a 5.0-litre supercharged petrol engine that has been rated to develop 386 kW of maximum power, and 625 Nm of torque. The transmission will include an eight-speed automatic gearbox. The car has been claimed to accelerate from 0-100 km/h in 5.2 s with a top speed of 240 km/h.