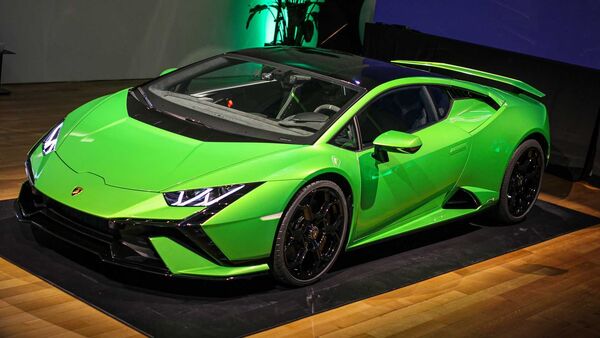 On the outside, the new Huracan Tecnica features a styling inspired by the Lamborghini Sian FKP 37 hypercar and it bridges the gap between the Huracan Evo and the hardcore Lamborghini Huracan STO. For the record, the latter is already on sale in the Indian market.

At the heart of the car sits a 631hp, 5.2-litre naturally aspirated V10, just like the STO. This engine delivers power to the rear wheels via seven-speed dual-clutch automatic gearbox and an electronically controlled limited-slip differential. Also, the car gets a new exhaust system, which is said to give the engine an aural edge over the STO’s in the mid and upper rev band.

The new 20-inch wheels on the supercar come shod with semi-slick Bridgestone Sport tyres (305mm at the rear). To bring this beast to halt, Lamborghini has used Carbon ceramic brakes are standard. Also, it features a carbon fibre bonnet lid and stands as wide and tall as the Evo. In terms of performance, the car is claimed to do 0-100 kmph sprint in 3.2 seconds and has a top speed of over 320 kmph.

In this avatar, the Lamborghini Huracan Tecnica comes out as a direct rival to the likes of other performance cars such as the 911 GT3, McLaren Artura, Maserati MC20 and new Ferrari 296 GTB.