Lamborghini Huracan and Urus have been the brand's top-selling models and are set to get two new versions each in the coming months.
By : HT Auto Desk
| Updated on: 20 Mar 2022, 06:00 PM 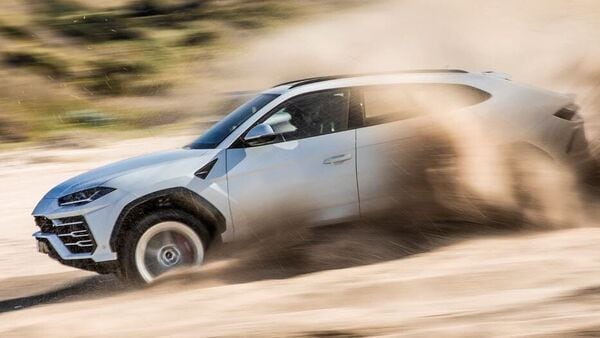 File photo of Lamborghini Urus used for representational purpose only

Lamborghini has announced that in the coming months, the Huracan and Urus SUV will get two new versions, and these four new cars will conclude the age of internal combustion engines for the brand as it plans to move on to hybridization. The brand will begin with introducing the model that will replace the Aventador in 2023.

Lamborghini will chart its electrification path in two stages. First, it will transition to hybrid, and the company will introduce its first model with hybrid technology in 2023 and aims to complete the hybridization of the entire range by 2024 with a goal to achieve a 50% cut in CO2 emissions.

During its last phase in the second half of the decade, the brand will focus on complete electrification. It will start with the introduction of a fourth model, that will be fully electric, to sit alongside the hybrid line-up.

Lamborghini hasn't yet spelt out much details about the four vehicles that are scheduled to debut in the coming months. However, the Huracan is expected to get a high-riding Sterrato version while the other version is expected to be a JV Stradale. Both these versions have been spotted undergoing testing in recent months, Motor 1 reported.

The report stated that the Lamborghini Urus is believed to come with an Evo version with a more powerful twin-turbo V8 engine. These arrivals will signal the end of combustion-only models for the brand.

The company also recently reported an all-time high turnover of 1.95 billion euros, a 19% increase over 2020, with 8.405 cars delivered all over the world. This is a 13% rise over delivery figures in 2020 with the most noticeable rise coming in from America and Asia-Pacific regions. The Urus remains a favourite with 5,021 units delivered, followed by V-10 powered Huracan with 2,586 units delivered (Read full report here).