Lamborghini shares that this series will have two V12 super sports cars in an ultra-limited-edition avatar only for Korea.The company has not revealed any price for these models.
By : HT Auto Desk
| Updated on: 15 Aug 2021, 10:36 AM 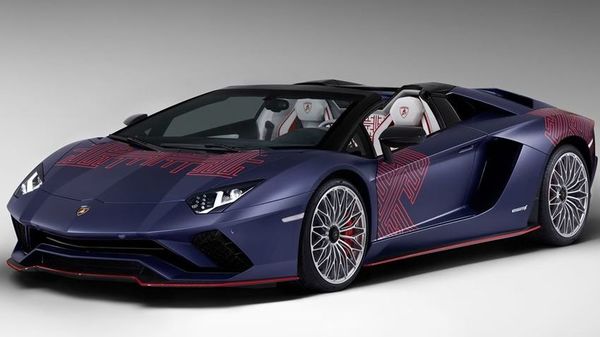 One of the special edition model from Aventador S Roadster Korean series.

Lamborghini is on a roll. After the recent unveiling of the highly anticipated Lamborghini Countach LPI 800-4, now the company has gone ahead with another uncovering of the special edition Korean series of Aventador S Roadster.

This series will have two V12 super sports cars in an ultra-limited-edition avatar only for Lamborghini enthusiasts in Korea, says the luxury automaker. Lamborghini Seoul has created these models together with Automobili Lamborghini. The supercar company informs that Centro Stile, the design centre of the Automobile Lamborghini, has conceived the design of these models.

While designing, the company says, it has kept in mind what connects the spirit of Korea and Italy. The models exhibit two primary colours of Korea -- Green Ocno that symbolises ‘warm Korean sentiment’ and the Blue Emera that signifies ‘intelligence and wisdom’. The white interior gives the two special series a contrast between the exterior and interior. The front bonnet, left and right door panels, and rear fender, feature the patterns of the Korean traditional windows – criss-cross of both vertical and horizontal lines.

(Also | Watch: Artist hand-paints his Lamborghini Aventador SVJ in the middle of street)

The Aventador S Roadster Korean edition boasts a naturally-aspirated V12 engine. The 6.5-litre V12 engine can generate a power of 740 hp as the coupe and a peak torque of 690 Nm at 5,500 rpm. This model can sprint from zero to 100kmph in just three seconds and can also attain the speed of 200kmph in just nine seconds. It has a top speed of 350 kmph and its power to weight ratio is 2.2kg/hp. The automaker has not mentioned any price or how many units it will produce for this series.