An iconic car with its scissor doors, the Lamborghini Countach LP 500 made generations fall in love with its futuristic design elements.
By : HT Auto Desk
| Updated on: 12 Mar 2021, 10:06 AM 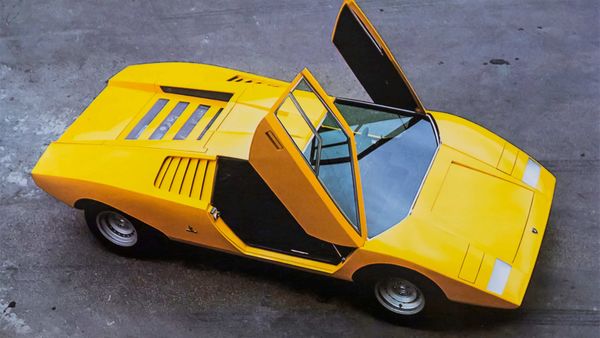 Exactly 50 years ago, there was this rad-looking sportscar that was showcased for the first time ever. Its design was ahead of its times and such was the admiration that if a Lamborghini Countach LP 500 still rumbles down a street, chances are it would grab all of the attention there is for the taking.

Showcased for the first time at the Geneva Motor Show, the Lamborghini Countach LP 500 - where LP indicates the rear longitudinal position, was styled by Marcello Gandini, Design Director of Carrozzeria Bertone. It was his decision to incorporate the scissor doors which till date stamps the futuristic design element of automobiles.

The LP 500 was a substantially different car than the Countach that would go into production in 1974. It had a platform frame rather than a tubular one, it was equipped with a 12-cylinder 4971cc engine (one of a kind), the engine air intakes had a shark gill design, and inside it featured sophisticated electronic instrumentation.

After the initial success from the Geneva Motor Show, the Lamborghini Countach LP 500 was extensively tested but now with a more reliable four-liter engine. The career of LP 500 ended at the beginning of 1974, when it was used for the crash tests required for the homologation of the production car and subsequently scrapped.

From 1974 to 1990, 1,999 Countachs in five different series were produced, apart from millions of posters featuring the vehicle that used to adorn walls of automotive enthusiasts. Lamborghini especially notes that during its peak days, the Countach LP 500 was featured in all the international automotive magazines of the time.