Kia Sonet's rise has been so meteoric that it now contributes almost 50 per cent of the Korean carmaker’s total monthly sales.
By : HT Auto Desk
| Updated on: 02 Dec 2020, 15:38 PM 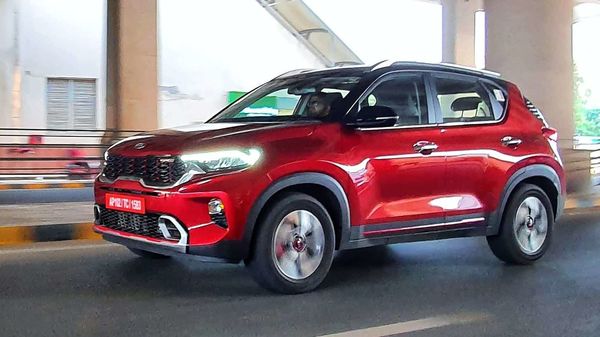 Kia Sonet is the reason why Kia Motors recorded a 50 per cent year-on-year growth in November.

Kia Sonet SUV’s rising popularity continues unabated as the Korean carmaker sold 11,417 units of the sub-compact SUV in November. The numbers were enough to help Kia Sonet take the crown in the fiercely competitive segment for the first time since its launch barely three months ago.

On its way to the top, Kia Sonet SUV got better of both Maruti Vitara Brezza and Hyundai Venue in terms of sales numbers. While Hyundai sold 9,265 units of Venue SUV in November, Maruti sold 7,838 units of Brezza SUV last month.

Kia Sonet's rise has been so meteoric that it now contributes almost 50 per cent of the Korean carmaker’s total monthly sales. Sonet is the reason why Kia Motors recorded a 50% year-on-year growth in November.

In October, Kia Sonet entered the list of 10 top-selling cars in India. Kia's third offering in India had clocked 11,721 units in the previous month. It was placed at number 10 position, right behind its rival Maruti Suzuki Vitara Brezza with 12,087 units sold in October.

However, Sonet’s month-on-month growth since its launch month September, has dipped slightly in November after witnessing a growth of around 25% in October.

Kia Sonet has also managed to beat Hyundai Venue SUV in terms of sales last month. The Venue SUV, recently upgraded with the iMT technology, hoped to improve its figures with the latest technology and wide variety of options. In November, Hyundai managed to improve Venue SUV’s sales figures, but it was not enough to take on Sonet.