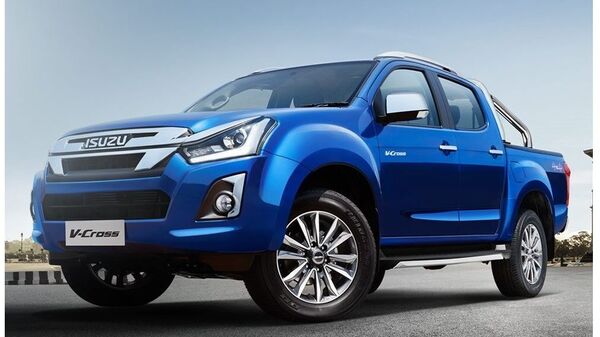 Isuzu MU-X, V-Cross SUVs have been updated with a bigger touchscreen infotainment system.

Isuzu Motor India announced the launch of its BS 6 range in the country almost a year back. Now the carmaker has announced a new update to the models such as V-Cross and MU-X. The new cars have been updated with a bigger touchscreen infotainment system. The latest update brings forward a new nine-inch touchscreen infotainment system which replaces the previously found seven-inch system. The newly added touchscreen will also support Apple CarPlay and Android Auto connectivity.

However, apart from the addition of the new screen, the rest of the details on the SUVs remain unchanged. Some of the key feature highlights inside the SUVs include bi-LED projector headlamps, automatic climate control, cruise control, electrically foldable and adjustable ORVMs, and a power-adjustable driver seat.

Under the hood, both the models remain powered by the same 1.9-litre diesel engine that is rated to produce 161bhp of maximum power and 360Nm of torque. While the MU-X can be had solely with a six-speed automatic gearbox, the V-Cross also gets an additional automatic transmission.

Meanwhile, the pricing of the Isuzu Hi-Lander as well as the 4×2 AT variant of the V-Cross were hiked up to ₹2 lakh earlier this year. While the former is now priced from ₹18.98 lakh, the latter costs in the range of ₹21.98 lakh – ₹25.49 lakh. That said, the top-spec 4x4 trims of the Isuzu V-Cross is now also dearer by up to ₹1 lakh. The pricing on the Isuzu MU-X remain unchanged as it continues to retail in the range of ₹33.23 lakh – ₹35.19 lakh. (All prices are ex-showroom, Tamil Nadu). More details here.