The most popular Volvo in the world, the XC60 SUV, has undergone a number of upgrades and is ready to enter the assembly line. The facelift version of the Volvo XC60 SUV, which will also come to India soon, is expected to go in production from May, and is likely to be launched some time this year. Volvo claims this is the 'most intelligent' XC60 SUV till date.

According to the images shared by the carmaker, aesthetic changes with the launch of the new SUV would be minimal. Though it is difficult to differentiate between the changes between the soon-to-be refurbished Volvo XC60 SUV and the current one, there is the false front air intakes which with the new model are arranged vertically, instead of the current horizontal ones. The mouldings in that space have also been redesigned and, although the changes are very subtle, the front looks more modern.

At the rear, general lines are maintained and only the lower part of the bumper has a new design. The exhaust outlets are hidden and a thin moulding crosses the entire rear of the vehicle, eliminating the larger piece that has predominated until now. Also, the light clusters have been darkened slightly. 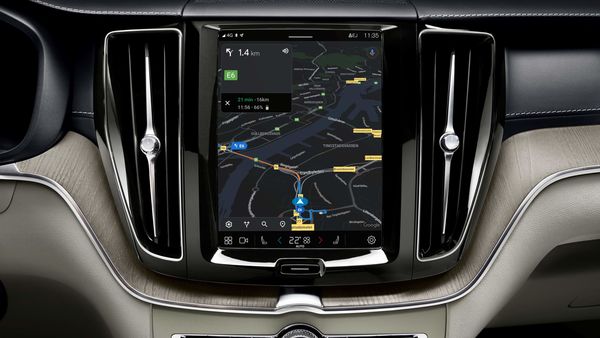 The major update inside the XC60 facelift is the new Google-based infotainment system.

On the inside, the changes mainly affect the instrument cluster and the infotainment system as announced by Volvo earlier. In navigation, Google Maps maps are incorporated and connectivity with mobile phones has been improved, using the latest advances, especially with Android devices, as Google and Volvo collaborate on joint developments. Beyond these small changes, the seats have also receive a facelift, getting slightly larger than the previous model.

In addition, ADAS Pilot Assist technology offers the driver assistance in piloting in a range of driving modes from parking to highway inclusive.

The technical details of the facelift Volvo XC60 is not yet confirmed, although reports suggest that its plug-in hybrid version will slightly increase its range. If this information is confirmed, the version with the Zero Emissions label will have 53 kilometres in electric mode against the current 45 kilometres offered.