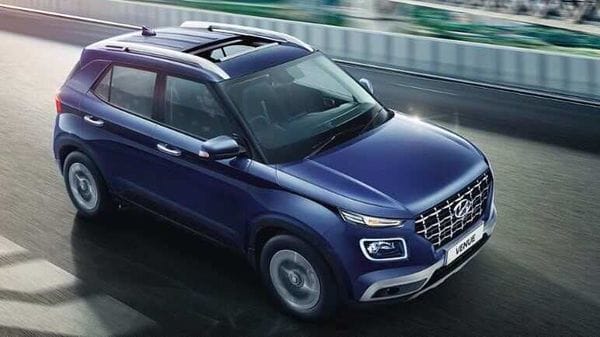 Hyundai Motor India on Friday announced that it had sold over 1 lakh units of Venue suc-compact SUV since it was first launched in the country. The car was first launched here back in May of 2019 and while the year offered challenges galore for the automotive industry as a whole, Venue managed to sell in good numbers and fared strongly against its direct rivals.

In a press statement issued by Hyundai, the company informed that Venue's success in the Indian market is gauged by the fact that it was the highest-selling sub four-meter SUV in the country between January and May of this year. The total sales of the vehicle comes to over 97,400 units in the country while there are 7,400 customers overseas.

(Did you know? Every second buyer of 2020 Hyundai Venue in this country is a woman)

Honoured with 'Indian Car Of The Year 2020' award, the Venue has managed to find favour among Indian buyers largely due to its SUV stance and feature-packed cabin. The multiple engine options, including a 1.0 Turbo, has also helped its case. The Korean car maker informs that 44% of all Venue sales come from the Kappa 1.0 l T-GDi Petrol engine while over 30% have come from 1.5 l U2 CRDi Diesel BS6 engine between March and June of 2020. The BS 6-compatible diesel engine was launched in March.

SS Kim, MD and CEO at Hyundai Motor India, is of the opinion that the all-round capabilities of the Venue have resulted in its success here. "With Venue, we have pioneered 'Fully Connected' technology for customers. Additionally, Venue has paved the way to democratize global technologies such as Kappa 1.0 l T-GDi and 7-Speed DCT for Hyundai cars in India, offering customers’ excitement, delight and enhanced value," he said.

Targeted primarily at the urban and young car buyer who may look to upgrade from the compact or compact sedan car category, the Venue has established itself as a strong performer in Hyundai's India garage. The company has also chosen to persist with the diesel engine option at a time when some of its rivals have either ditched it or are reportedly contemplating such a move. Venue even managed to secure four stars in ANCAP safety ratings, further bolstering its presence.

In India, Venue competes against the likes of Maruti Suzuki Vitara Brezza and Mahindra's XUV300 and will soon have to fend off attack from Kia Sonet which is scheduled for a launch during the festival months, and Nissan's upcoming compact SUV.