Hyundai Tucson, Jeep Compass among SUVs tested by IIHS: What was the result? 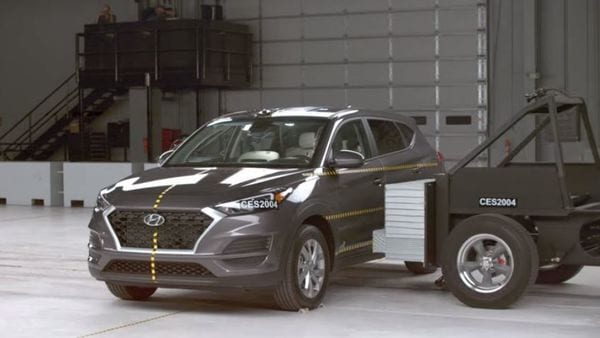 Hyundai Tucson, Volvo XC40 and Jeep Compass were among the SUVs tested by IIHS and sold in India.

Insurance Institute for Highway Safety (IIHS) has tested 20 SUVs in its latest side crash test program, where 19 of them failed to perform as per expectation. These SUVs include some models that are sold in the Indian market as well. The models tested by IIHS include Hyundai Tucson, Jeep Compass, and Volvo XC40.

IIHS claimed that out of all the 20 SUVs tested in the side crash test program, nine models scored acceptable ratings. These nine models include Volvo XC40. Eight other SUVs received marginal ratings. Jeep Compass and Hyundai Tucson were among them along with other models. All the SUVs tested by IIHS were 2021 model year vehicles.

Speaking about the test result IIHS has said that these ratings were not unexpected. IIHS Senior Research Engineer Becky Mueller said that these results aren’t great but these were expected as IIHS has adopted a more stringent test method. "Obviously, these results aren’t great, but they’re in line with what we expected when we adopted this more stringent test," said Mueller. Among other SUVs tested were some SUVs that are expected to be launched in the Indian market in near future. These include the Audi Q3, Jeep Renegade, and Kia Sportage.