Hyundai N-Line to make India debut: What is N-Line? 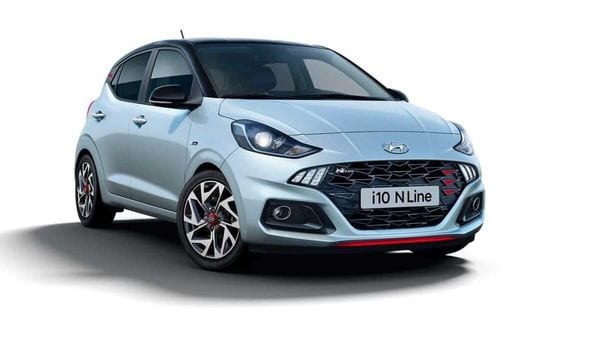 Hyundai i10 N Line hatchback is the brand's fourth N Line model and one of the most popular N branded cars in the world.

Hyundai Motor India on Monday announced that will bring its N-Line car models here starting this year itself. The N-Line models are offered in select markets across the world but it would be the first time ever that these vehicles will hit Indian roads.

Hyundai is the second-most selling car brand in India and introducing N-Line models could ramp up its sales further. With N-Line car models, Hyundai is aiming at new-age millennial and Gen Z buyers who contribute a large chunk to sales in the Indian car market.

Available in select markets around the world, Hyundai N-Line cars come as 'performance-oriented' versions of regular cars. The cars like i10, i20, Elantra, Kona, Tucson etc have their respective N-Line variants in the global market. Now, India too will join the map.

The majority of automakers around the world have their respective sub-brands that focus on tuning the regular models for better and higher performance. These sub-brands are specialised in high-performance cars only.

For example, BMW has M Performance division, Mercedes-Benz has AMG, Jaguar Land Rover has SVR. But, this high-performance tuning is not limited to luxury cars.

Tata Motors tried its hands in the performance-focused models with JTP branded cars. Similarly, Hyundai has its N-Line and N badged cars.

Difference between N and N-Line

N-Line models on the other hand are also developed by the Hyundai N division. But they are road legal and come with cosmetic upgrades over the mainstream models. These sport package upgrades include different wheels, body decals, spoilers, bumper splitters etc.

What N-Line cars would offer?

The Hyundai N-Line cars in India are unlikely to get any major change in terms of performance, compared to their regular siblings. However, they would come offering better handling, sportier exterior package, sporty cabin elements etc.