Hyundai i20 N Line to make India debut in September: Here's what to expect

Hyundai i20 N Line boasts of several visual upgrades on the outside as well as in the cabin. Where already on offer, the i20 N Line from Hyundai is available in four colour options.
By : HT Auto Desk
| Updated on: 11 Aug 2021, 10:12 AM 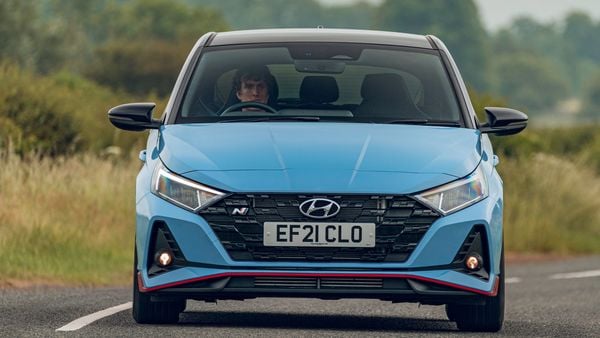 Hyundai is likely to debut the i20 N Line in India as its first performance model later this year.

Hyundai Motor India announced earlier this week that it will begin bringing in its N Line models to the country starting with the first next month. And while several such N Line models are planned for the times to come, it is the i20 N Line which will be the first to hit Indian roads.

Hyundai offers N models as high-performance cars that claim to scorch tracks while N Line models primarily receive visual updates to lend these cars a far more sportier appearance than the original model these are based on. Globally, Hyundai offers N Line on cars like i10, i20, i30, Tucson, Sonata, Elantra, among others. Here in India, it is the i20 N Line that will be first off the block.

And that's just as well because there is a whole lot to like in the i20 N Line that could well turn heads post its official debut and launch here.

The 2021 Hyundai i20 N Line that was first showcased to the world in October of last year is quite the head turner. It gets a completely new bumper sporting a grey contrasting stripe, a fully blackout front main grille with a “chequered flag" style pattern as well as a prominent N Line badge delineating its sportier DNA. At the rear, it gets a diffuser-style bumper and race-styled twin-exit exhaust which are done in chrome.

The visual updates are not just restricted to the outside and make way into the cabin as well. It gets N badging and red stitching, apart from a bespoke steering wheel, metal pedals and an N-branded leather gear knob.

While there may be minor tweaks to the suspension set up and a more pronounced exhaust note, it is unlikely that the i20 N Line will have a major - or any - bump up in performance credentials when compared to the Turbo i20 already available in the Indian market.

Once launched, the i20 N Line could specifically target a young car-buying audience for its sheer styling while it may also appeal to driving enthusiasts.