Hyundai and Kia jointly hold 20.4 per cent stake in the autonomous driving technology startup, which the automaker group aims to ramp up.
By : HT Auto Desk
| Updated on: 02 Aug 2022, 10:47 AM 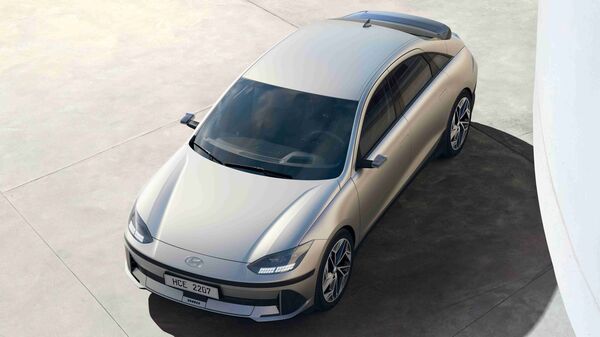 Hyundai is increasingly focusing on electric mobility and self-driving technology.

South Korean auto major Hyundai Motor Group plans to ramp up its stake in a local startup named 42dot Inc., which specialises in autonomous driving technology. The automaker has planned to invest around $308.19 million, claims Korea Economic Daily. The process is claimed to complete next month.

Currently, both Hyundai and its subsidiary Kia Motors hold a combined stake of 20.4 per cent in the startup. The automaker plans to increase that stake in the firm. This comes in one with Hyundai and Kia's strategy to focus increasingly on self-driving technology.

Hyundai plans to launch more than 31 electric cars through 2030 in an attempt to secure a projected 12 per cent share of the global electric vehicle market. A majority of these vehicles will come equipped with a wide range of Advanced Driver Assistance Systems (ADAS) and self-driving technology as well. With an aim toward that, in March this year, Hyundai floated plans to invest about $16 billion through 2030 in advanced automotive technologies. This includes autonomous driving technology and electric vehicle businesses as well. An increased stake in 42dot Inc. would allow Hyundai and Kia to push further toward self-driving technology and a host of ADAS as well.

Interestingly, in June this year, Hyundai announced that it would pilot a RoboRide car-hailing service in South Korea, utilizing Ioniq 5 battery electric vehicles with in-house developed level 4 autonomous driving technology. The pilot RoboRide will be the first car-hailing service with autonomous driving vehicles to operate in Gangnam, one of the most congested areas in metropolitan Seoul.