Four-time world champion Sebastian Vettel announced his retirement from Formula 1 last week, bringing an end to his 15-year-old racing career when he finishes off this season.
By : HT Auto Desk
| Updated on: 01 Aug 2022, 15:25 PM 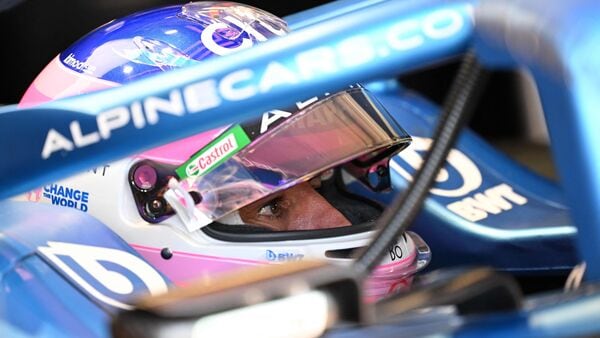 Formula 1 racing team Aston Martin will rope in Fernando Alonso next year to replace Sebastian Vettel. Alonso, 41-year-old two times Formula 1 world champion, currently races for the Alpine team. He has signed a multi-year contract with the F1 team owned by French auto giant Renault. The move comes days after 35-year-old Vettel decided to retire after his 15-year-old Formula 1 career at the end of this season.

Alonso is likely to be replaced by 21-year-old Australian reserve Oscar Piastri, who won the Formula Two championship last year. Commenting on his move from Alpine to Aston Martin, Alonso said, “I still have the hunger and ambition to fight to be at the front, and I want to be part of an organisation that is committed to learn, develop and succeed. The passion and desire to perform that I have witnessed convince me to maintain my enjoyment and commitment to the sport. I intend to win again in this sport and therefore I have to take the opportunities that feel right to me."

Lawrence Stroll, who owns the Aston Martin F1 team, welcomed Alonso to its fold. He said, "I have known and admired Fernando for many years and it has always been clear that he is a committed winner like me. I have set out to bring together the best people and develop the right resources and organisation to succeed in this highly competitive sport, and those plans are now taking shape at Silverstone. It seemed natural therefore to invite Fernando to be part of the development of a winning team.... It was logical and easy to confirm our desire to work together."

Alonso has helped Alpine team to reach the fourth position in this season so far. Aston Martin is reeling far behind at ninth. He has earlier been part of the McLaren and Ferrari teams. He started his Formula 1 career with Minardi, which is now known as AlphaTauri, back in 2001.