Hyundai Alcazar will be offered with 2.0-litre petrol and 1.5-litre diesel engine options. Six-speed manual and six-speed automatic transmission options are available in both.Alcazar from Hyundai will get two dual-tone colour options.
By : HT Auto Desk
| Updated on: 10 Jun 2021, 10:37 AM 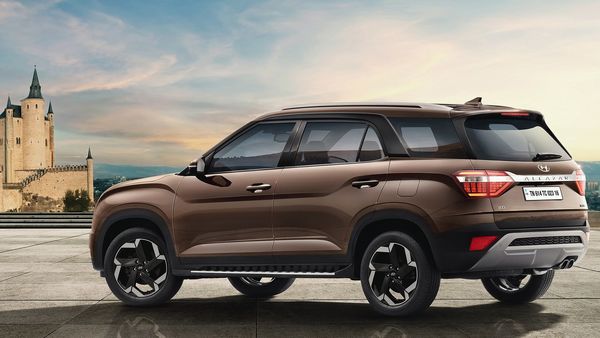 Hyundai Alcazar is the company's first three-row SUV in India.

Hyundai Alcazar SUV is readying for an India launch later this month and Hyundai has opened bookings for the vehicle at ₹25,000. The bookings can be made at any of the company's dealerships in the country and on Hyundai online car-buying platform.

Hyundai had previously given a glimpse at the camouflaged Alcazar without much details about cabin highlights or exterior design elements. It was previously confirmed that Alcazar would come with a 2.0-litre petrol and a 1.5-litre diesel engine - both with six-speed manual and six-speed auto transmission options.

Now, however, the company has officially revealed all the details about Alcazar which includes variants, colour options, features and more. Here's taking an in-depth look at what Alcazar has on offer for prospective buyers:

Alcazar is being offered in three broad variants - Prestige, Platimun and Signature - across petrol and diesel engines, and across six and seven-seat layouts. 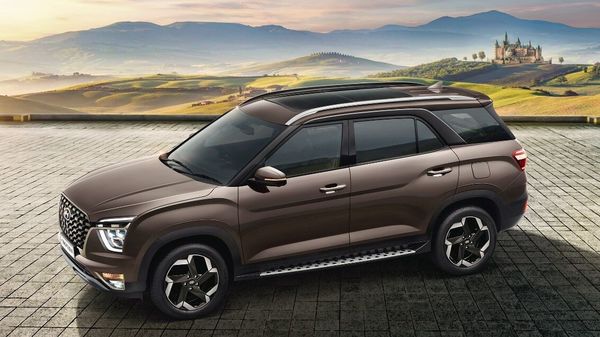 Hyundai Alcazar will take on the likes of Tata Safari and MG Hector Plus.

Hyundai is known to pack in a whole lot of features in its offerings and Alcazar, on expected lines, gets a mile-long list as well. Hyundai Alcazar is loaded with features for functionality and comfort.

Here are some of the key cabin features on offer -

As previously revealed and mentioned, Hyundai Alcazar will be offered with a 2.0-litre petrol engine that is also found inside the Tucson SUV. This engine inside Alcazar produces 152 hp and has 191 Nm of torque. There is also a 1.5-litre diesel engine - same as the one inside Creta - and this produces 115 hp and has 250 Nm of torque. Both engines will be offered with six-speed manual and six-speed auto transmission choices.