Hyundai Alcazar is expected to be launched later this month and will take on Tata Safari and MG Hector Plus.
By : HT Auto Desk
| Updated on: 10 Jun 2021, 10:38 AM Hyundai Alcazar bookings have been officially open at all its dealerships and interested customers will have to pay an amount of ₹25,000 to book a unit. Alcazar is the first three-row SUV from Hyundai in India and is expected to be launched later this month.

Hyundai is betting big on Alcazar and is confident that the SUV will replicate the success that Creta has enjoyed in the Indian car market. Essentially, Alcazar is based on Creta but is also looking at creating its own identity. Hyundai officials say it could attract new customers as well as those looking to upgrade from Creta.

The front headlight units, complete with DRLs, the imposing grille and the alloy design on the 18-inch wheels are identical or similar to what can also be seen on Creta. The Alcazar does have a bigger road presence and the rear quarter glass promises to add to the airy feel in the cabin itself. Roof rails, side running boards and a best-in-segment wheelbase of 2,760mm are some of the other highlights here. 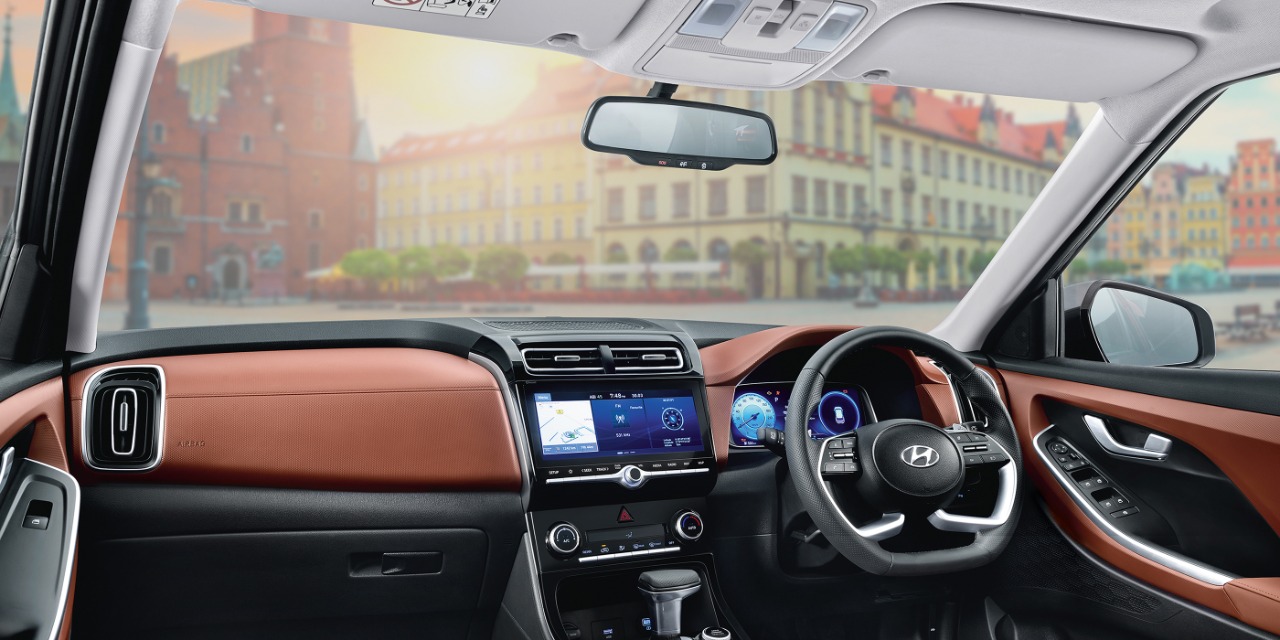 Hyundai Alcazar is likely to be packed with loads of premium features, including wireless charging and air purification system.

Hyundai is promising a whole lot of space and luxury inside the Alcazar. The six-row version will have Captain seats in the middle while a bench seat will be installed in the seven-row version.

Hyundai is offering Alcazar with a 2.0-litre petrol engine, which produces 152 hp and has 191 Nm of torque, that is also on duty inside the Tucson. Then there is the 1.5-litre diesel engine with 115 hp of power and 250 Nm of torque which is the same that is found inside the Creta. Both engine options will be mated to either a six-speed manual or a six-speed automatic gearbox.

Once launched, Hyundai Alcazar will lock horns against the Tata Safari and MG Hector Plus. Pricing would be quite crucial and the Alcazar may command a premium of around a lakh more for each comparable variant of Creta.