The Q4 e-tron is the latest electric vehicle that is all set to fire straight out of Audi camp.The Audi Q4 e-tron will follow the path already taken by siblings e-tron, e-tron Sportback and the e-tron GT.
By : HT Auto Desk
| Updated on: 11 Mar 2021, 11:52 AM

Audi Q4 e-tron packs a mile-long list of features inside.

The fine line between a vehicle and a gadget is fast becoming invisible with new-age cars, regardless of which segment they may be in, packing more and more tech than ever before. And when it comes to tech, Audi tends to pack in more gizmos than most of its rivals with the upcoming Q4 e-tron expected to be no different.

The Q4 e-tron is the latest electric vehicle that is all set to fire straight out of Audi camp. While the core strength of the EV will come from either a 52kWh or 77kWh lithium-ion battery pack, it is the mammoth list of tech additions that (also) make this option stand out in a field that is fast getting crowded with battery-powered options.

The crown in the cabin of new-age vehicles is the infotainment and driver display screens, and Audi has paid special attention to these screens inside the Q4 e-tron. As such, there is a 10.1-inch MMI touchscreen but with the option of choosing an even larger 11.6-inch touchscreen. That's larger than the screen size on offer on most tablets, almost bordering on laptop screen sizes. A resolution of 1,540 x 720 pixels claims that the display is vivid and easy to comprehend but the larger display will boast of an even better resolution of 1,764 x 824 pixels. This larger screen will be the largest on offer in any model in the current product portfolio of Audi. 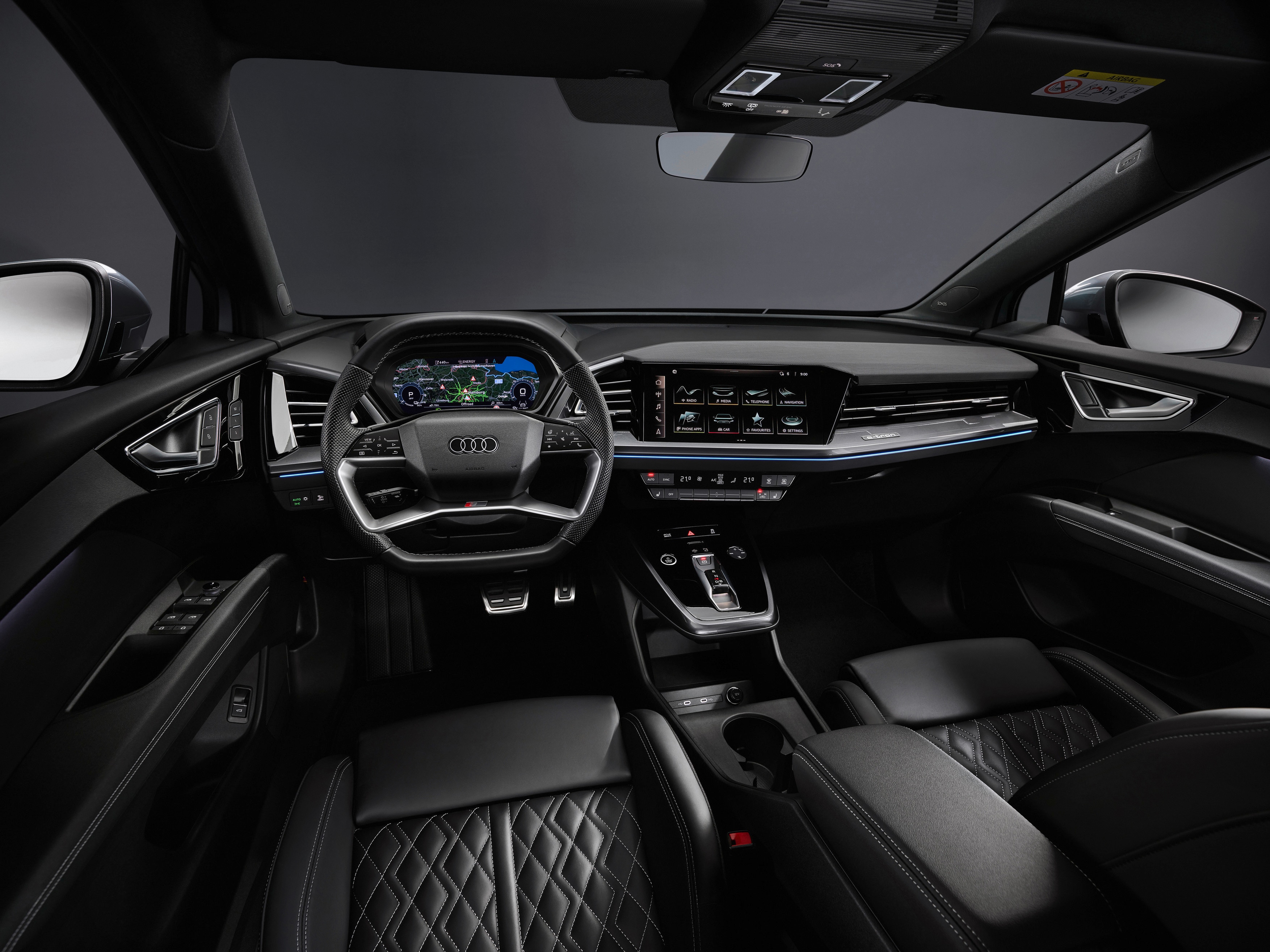 The cabin of Audi Q4 e-tron.

The German luxury car maker is also adding natural-language voice control which can be activated with a simple 'Hey, Audi' and claims to offer responses to a wide range of requests and queries.

If that is not enough either, the Audi Q4 e-tron will get augmented reality head-up display. "It reflects important information via the windshield on two separate levels, the status section and the augmented reality (AR) section," the car maker informs. "The information provided by some of the assist systems and the turning arrows of the navigation system as well as its starting points and destinations are visually superimposed in the corresponding place on the real-life outside world as content of the AR section and displayed dynamically."

There are several other neat tech-based additions that the Audi Q4 e-tron will also offer - either as standard or as optional extra - which could make this EV a delight not only for the driver behind the wheel but for all occupants inside.

The Audi Q4 e-tron will follow the path already taken by siblings e-tron and e-tron Sportback - both of which are coming to India, and the recently-revealed e-tron GT.