While safety and hygiene is of utmost priority, car makers are looking at resuming manufacturing even if volume output initially may only be a fraction of earlier times.
By : Shubhodeep Chakravarty
| Updated on: 07 May 2020, 17:10 PM 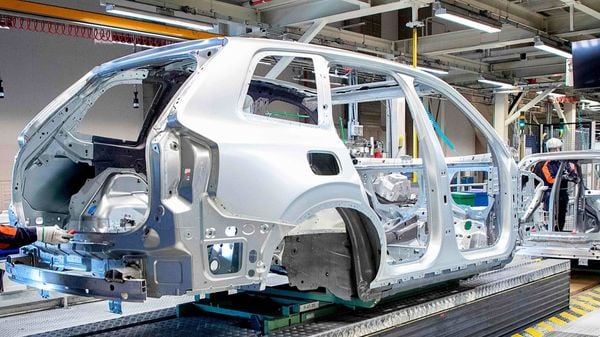 Factories in rural areas and those outside municipal limits have been permitted to resume operations. (File photo for representational purpose)

The absolute worst may be over for car makers in India with many having resumed production in a scaled down manner in recent days and others now putting final plans to their resumption strategies. After what was a tumultuous April which saw vehicle sales in the domestic market plunge to nil, May may provide a bit of a breather even if experts warn demand is likely to remain extremely subdued.

Maruti Suzuki, the country's largest car maker, has plans of resuming operations at its Manesar plant in Haryana from May 12. While the company had already received permission from local administration towards the end of April, MSIL Chairman RC Bhargava had told HT Auto that there were several factors to be considered before resuming work. "A number of component manufacturers need to resume operations for us to assemble cars again," he had said. The plant had previously been opened but for maintenance and basic work only. Even from May 12 onwards, strict guidelines would be in place with production levels expected to be only a fraction of full capabilities.

Hyundai, the country's second largest car company, is also preparing to resume work at its plant in Sriperumbudur plant just outside of Chennai. Reports suggest only 13,000 units could be manufactured initially - down from monthly average of 60,000. (Full report here)

Mercedes-Benz, the country's largest luxury car maker, announced on Wednesday that its plant in Chakan near Pune has resumed work but in a graded manner with only those responsible for essential work reporting here. The German auto giant has said that it is following directives of the Maharashtra state governments and that its leadership team is monitoring the prevailing situation before taking a decision on when others can report at site. (Full report here)

News agency PTI reported that Honda Cars India too has plans of resuming work at its Tapukara plant in Rajasthan from next week although the Japanese car maker has said lack of required workforce is proving to be a challenge.

Factories in rural areas and those outside municipal limits have been permitted to resume operations as long as strict safety and hygiene measures are implemented and maintained.