Maruti Suzuki's CV Raman tells HT Auto that while design of the S-Cross was always well liked, petrol engine and auto transmission were sought for.The 2020 S-Cross addresses both as it seeks to rake in the numbers again.
By : Shubhodeep Chakravarty
| Updated on: 11 Aug 2020, 10:21 AM 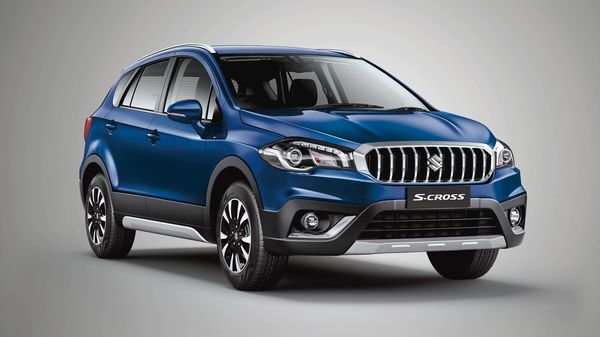 Maruti Suzuki launched the 2020 S-Cross last week amid much fanfare and while it was a digital-only event because of Covid-related reasons, there was much to like about the car that had made its debut in the Indian market five years back. Five years is quite a lot of time and while the field of play has significantly changed in these times, the new S-Cross aims to find favour once again because of two factors that have long been part of customer feedback.

Bring in that petrol engine option and offer automatic transmission. Yes, these two demands have been echoing for some time now in and around the S-Cross and the latest version of the car, finally, addressed both.

S-Cross was previously offered in only the 1.3-litre diesel option and while it may have made sense at a time when diesel was delight, much changed against it in recent times. With Maruti Suzuki bidding farewell to diesel engines, it was an absolute certainty that the S-Cross would now come only with the BS6-compliant 1.5-litre petrol engine. "Until now, S-Cross was only in diesel and in the BS4 era, there was a huge demand for a petrol S-Cross and with automatic transmission, which wasn't there. But today we have that 1.5-litre gasoline engine with four-speed auto transmission with good fuel efficiency and performance," explained CV Raman, Senior Executive Director (Engineering) at Maruti Suzuki, in an interview to HT Auto.

Raman further explained that petrol engine and auto transmission were some of the biggest expectations from customers as far as the S-Cross is concerned. "It is about the package. From a design perspective, it (S-Cross) was well accepted and no change for desired from our market research. From a performance perspective, the gasoline engine is now there and there are also convenience features inside," he said, adding that the backing of Nexa further bolsters the car's case.

Asked if bidding farewell to the diesel altogether is a good idea because many rival OEMs are playing the persisting game, Raman explained where he thinks the demand truly stands at. "Petrol and diesel costs are almost similar in many states. The cost of ownership and running cost do not have economic sense for having a diesel (engine)," he said. "Diesel is mostly in the MUV and SUV segment where there's some traction that you are seeing but there again, a customer will have to do almost 4,000 kilometres a month to justify a diesel buy."

With diesel penetration coming down in BS6 era, Raman says petrol was and is the way forward for S-Cross and other siblings from Maruti. "S-Cross was always doing well but petrol engine and auto transmission were missing. We have now addressed that."