Honda has confirmed that the new SUV, based on the same platform used for Honda City, will break cover on November 11.Seen as a replacement model for WR-V, the new Honda SUV is likely to hit India soon to take on Brezza, Venue, Nexon and others in the sub-compact SUV segment.
By : HT Auto Desk
| Written By : Sabyasachi Dasgupta
| Updated on: 07 Nov 2021, 09:04 AM

Honda’s new SUV ZR-V, possibly a replacement for WR-V, to debut on November 11 and is likely to hit Indian markets soon.

Honda is all set to take the covers off a new SUV, codenamed ZR-V, on November 11 during the Gaikindo Indonesia International Auto Show or the GIIAS 2021. According to preliminary reports, the ZR-V is going to be a sub-compact SUV meant for the South Asian markets. This could be the new ‘India-specific' SUV that Honda had hinted at earlier this year.

Seen as a replacement model for WR-V, the new Honda SUV is likely to hit India soon to take on Maruti Suzuki Brezza, Hyundai Venue, Tata Nexon and others in the sub-compact SUV segment.

"We will present a world premiere product , this is our newest model that was introduced for the first time in the world. So we are waiting for its presence at GIIAS 2021," said a Honda representative ahead of the event.

Earlier this year, Honda Cars India had confirmed that it is eager to increase its presence in the SUV segment in India to encash the fastest growing passenger vehicle segment in the country. Gaku Nakanishi, President & CEO of Honda Cars India, had said, "We have studied how to launch an SUV (in the Indian market). So now we can confirm that we are in the developing phase to launch an India specific SUV."

Honda currently offers WR-V, which is a sub-four metre SUV. Besides WR-V, Honda also offers mid-size and sub-compact sedans like City and Amaze in the Indian market. It also offers Jazz premium hatchback.

The upcoming Honda ZR-V SUV will be based on the carmaker's new-generation compact architecture, which also underpins the popular sedan City. Honda aims to use ZR-V as its bet for the sub-compact segment in Southeast Asia and India. It is likely to measure around four metres in length, 1,695 mm in width and 1,600 mm in height.

Honda has recently teased the ZR-V with a sketch that gives ample hint to the design elements of the new SUV. It shows the new Honda SUV will have the latest design language of the brand with a coupe style. The official teaser barely reveals a line that draw the silhouette of the vehicle. There will be a large grille with a frame at the top that extends to the headlights. It also shows a slim, elongated LED light signature and the taillights with a dotted line design as well as RS badging, hinting at a turbocharged model. 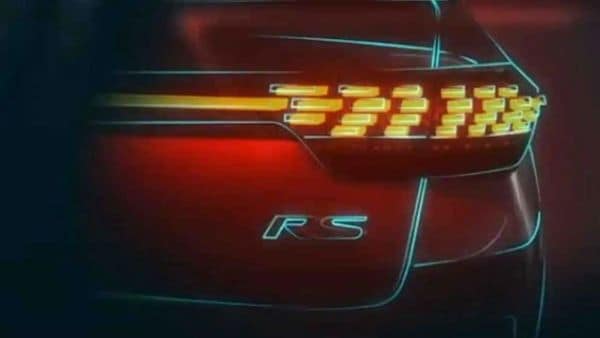 At the rear, the LED lights with signature elements draw attention and hint at a turbocharged model with its RS badging.

The interior of the new Honda SUV is likely to get simple and functional layout, complete with a prominent multimedia screen and an instrument cluster that could be partially digital for the model in India.

The Honda ZR-V SUV is likely to get a 1. 2-litre i-VTEC petrol engine under the hood that can produce 90 hp of power. There could also be the option of a 1.5-litre i-VTEC, capable of generating 116 hp of power or a 1.0-litre turbocharged unit capable of churning out about 122 hp of power.