Honda WR-V 2020 benefits from subtle updates to how it looks and has a simple yet clean cabin profile. The diesel engine is also peppy but are these factors good enough to lure in new-age buyers?
By : Shubhodeep Chakravarty
| Updated on: 12 Aug 2020, 09:00 AM 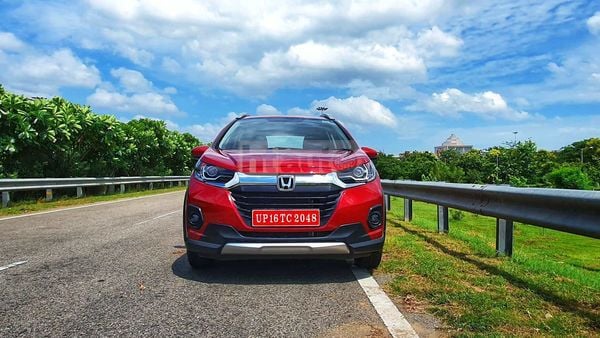 Candid confession alert - the WR-V has never figured in my list of favourite Honda offerings. With that put out rather blatantly, I approached the 2020 WR-V with an open mind as I walked in for a test drive. There is something about this car that hinted I would change my mind. Those projector lights, perhaps? Or the reworked tail lights, maybe? Or was it going to be the nicely contoured seats inside? There is something pleasing about the WR-V 2020 that, in a subtle way, bode well.

Launched in July, the facelift WR-V now comes with BS6 compliant petrol and diesel engine options. It gets understated updates on the outside and some minor changes in the cabin but for the most parts, it appears to hold on to what have been its biggest strengths - space and practicality. 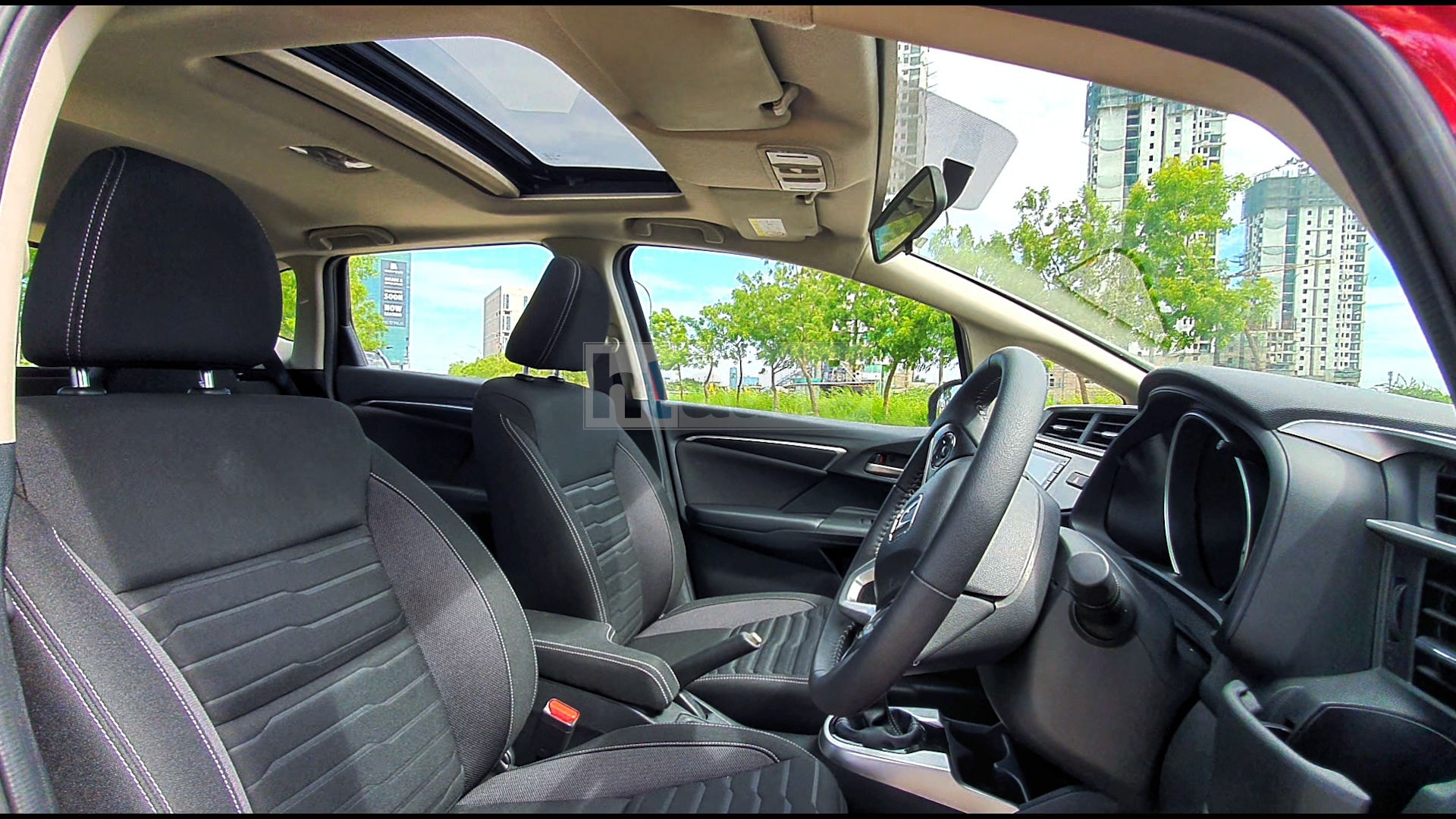 Because space and practicality are WR-V's main forte, it is perhaps best to start from within. The new WR-V is a familiar place to be in and there is a whole lot of space inside the car. Yes, again. The seats are very comfortable with the rear passengers having loads of knee room, adequate under thigh support and an acceptable level of head room. The head-rests though are fixed and sit a little too low while the back support is a little upright.

Yes, there is a whole lot of space for rear-seat passengers and they would need every bit of it because there's not much to talk about here. No rear AC vents. No charging points. No center-seat armrest. Honda had the opportunity to hit one out of the park when it comes to rear-seat experience but seems to have got only one of a two-part story right. 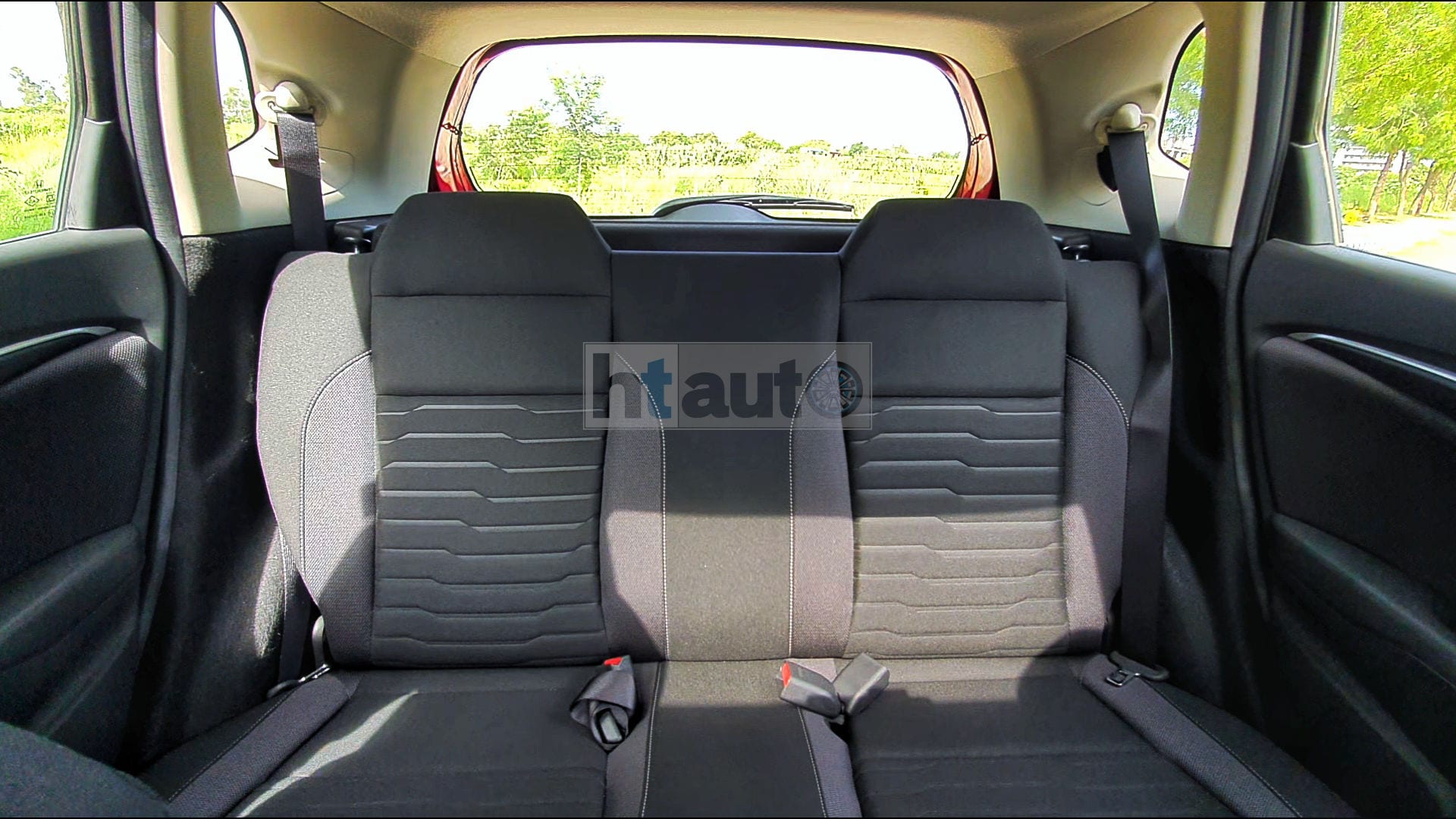 There is a whole lot of space for passengers at the rear of the new WR-V and the comfort quotient is also high. There is not much else, however, especially in terms of convenience features. (Photo:HT Auto/Sabyasachi Dasgupta) 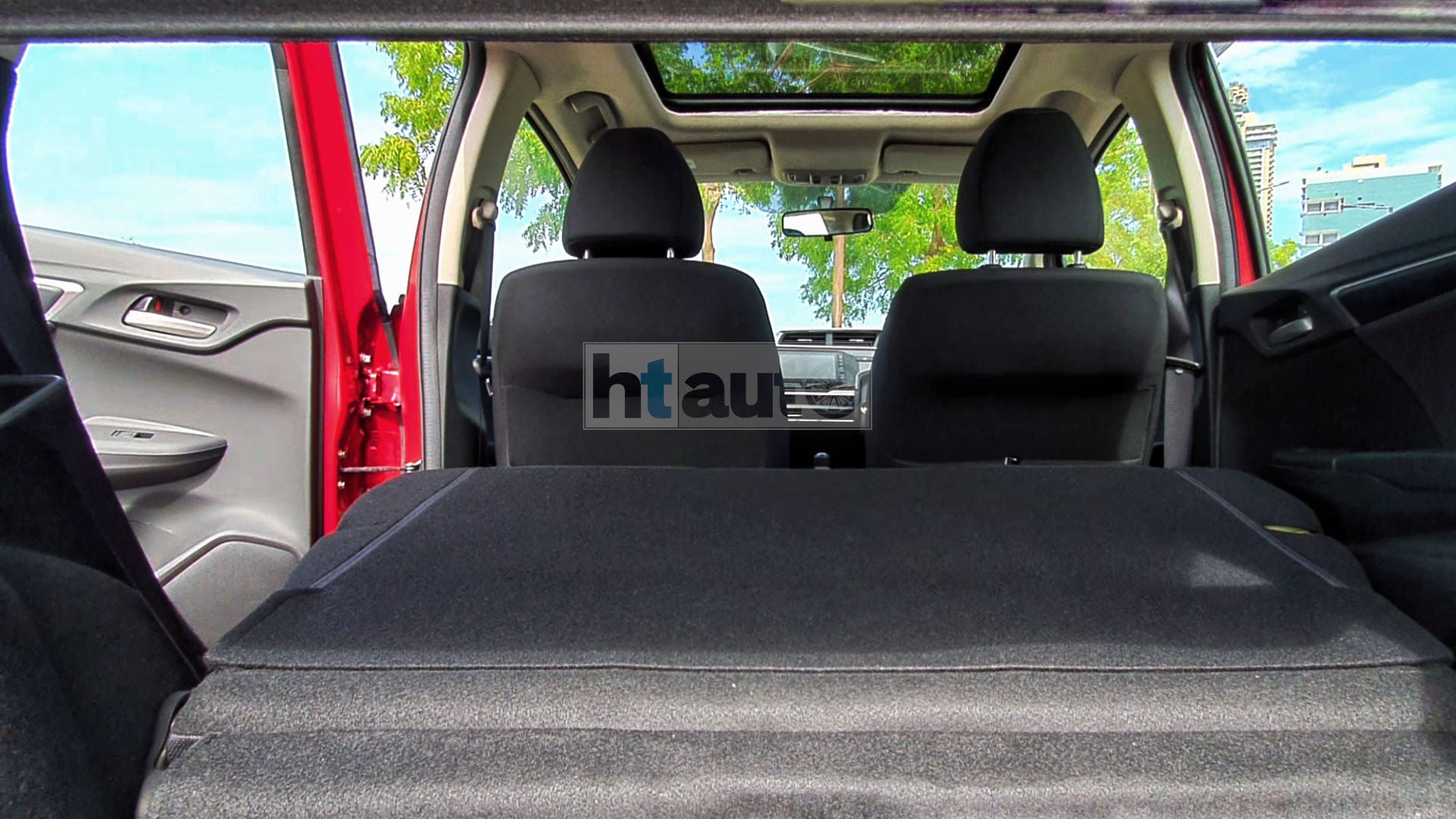 The rear sits don't split but can be folded to expand an already sizable boot.

The front passenger and driver, however, won't really complain as the seats are nicely contoured to check body roll while the fit and feel - although not exemplary, are par for the course. The updated 7.0-inch touchscreen is rather basic but manages to get the job done as long as you don't lose yourself in it under the glare of the sunlight. 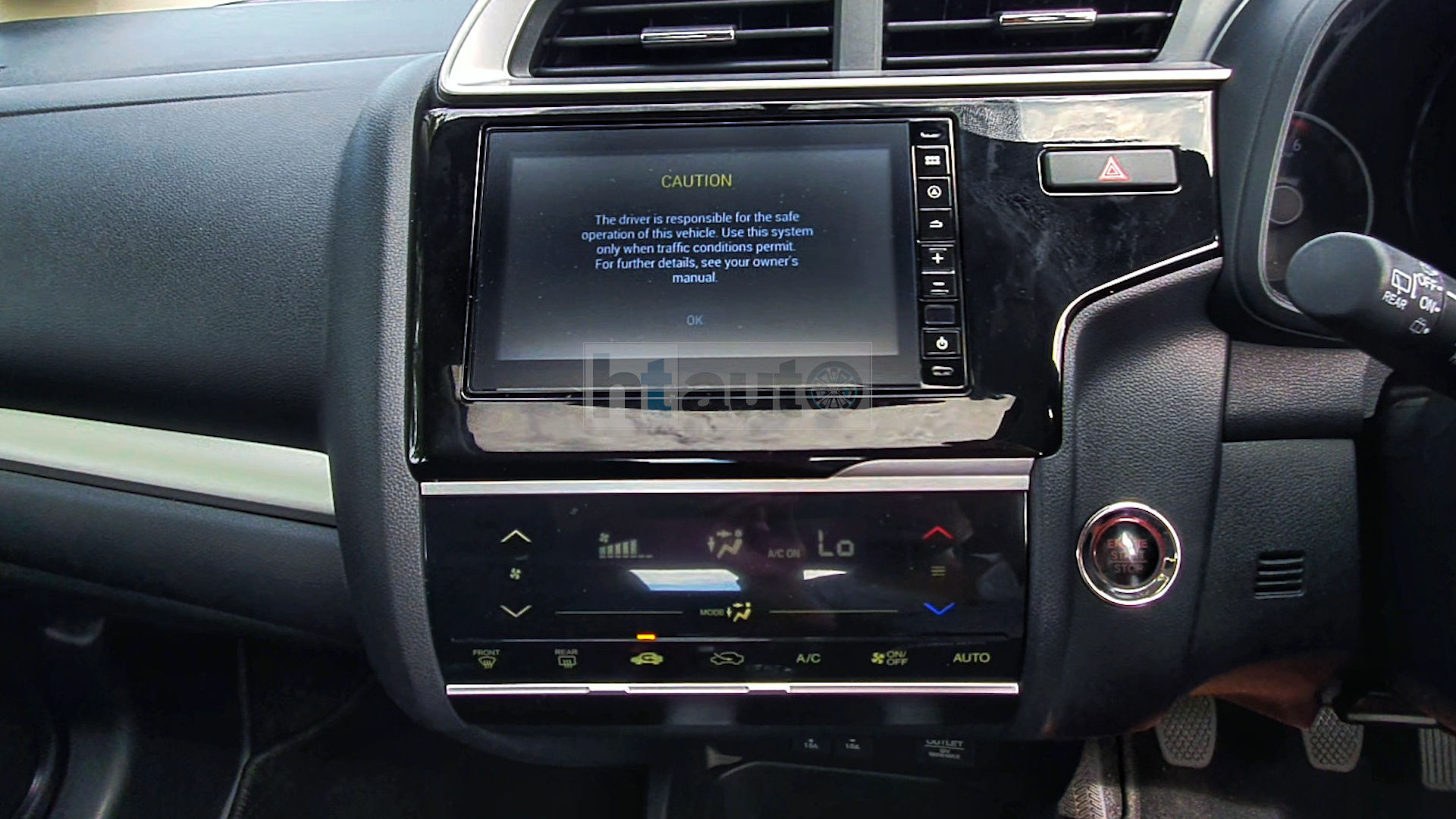 The quality of materials - the all-black dash with silver interplay which extends to the steering as well - are rather uninspiring but not unpleasant either. There is also an electronically-operated sunroof and while the cabin is roomy, it remains rather elementary in its appeal. 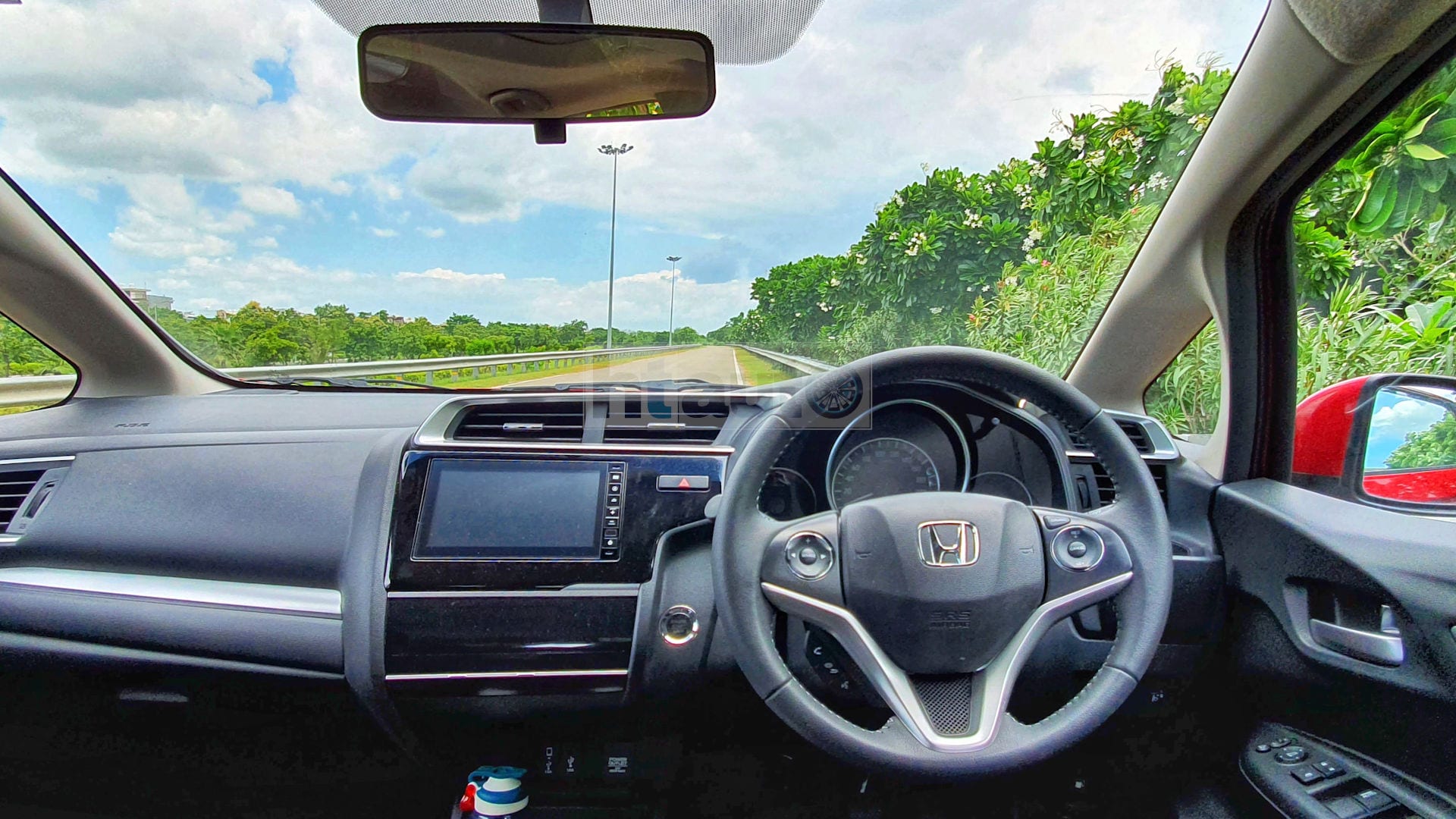 The cabin of the new Honda WR-V. (Photo:HT Auto/Sabyasachi Dasgupta)

Lessons from the looks

The updated WR-V does not try to radically set itself apart from how it looks, when compared to the previous version. And yet, it gets those finer elements that make it a little more striking than before. 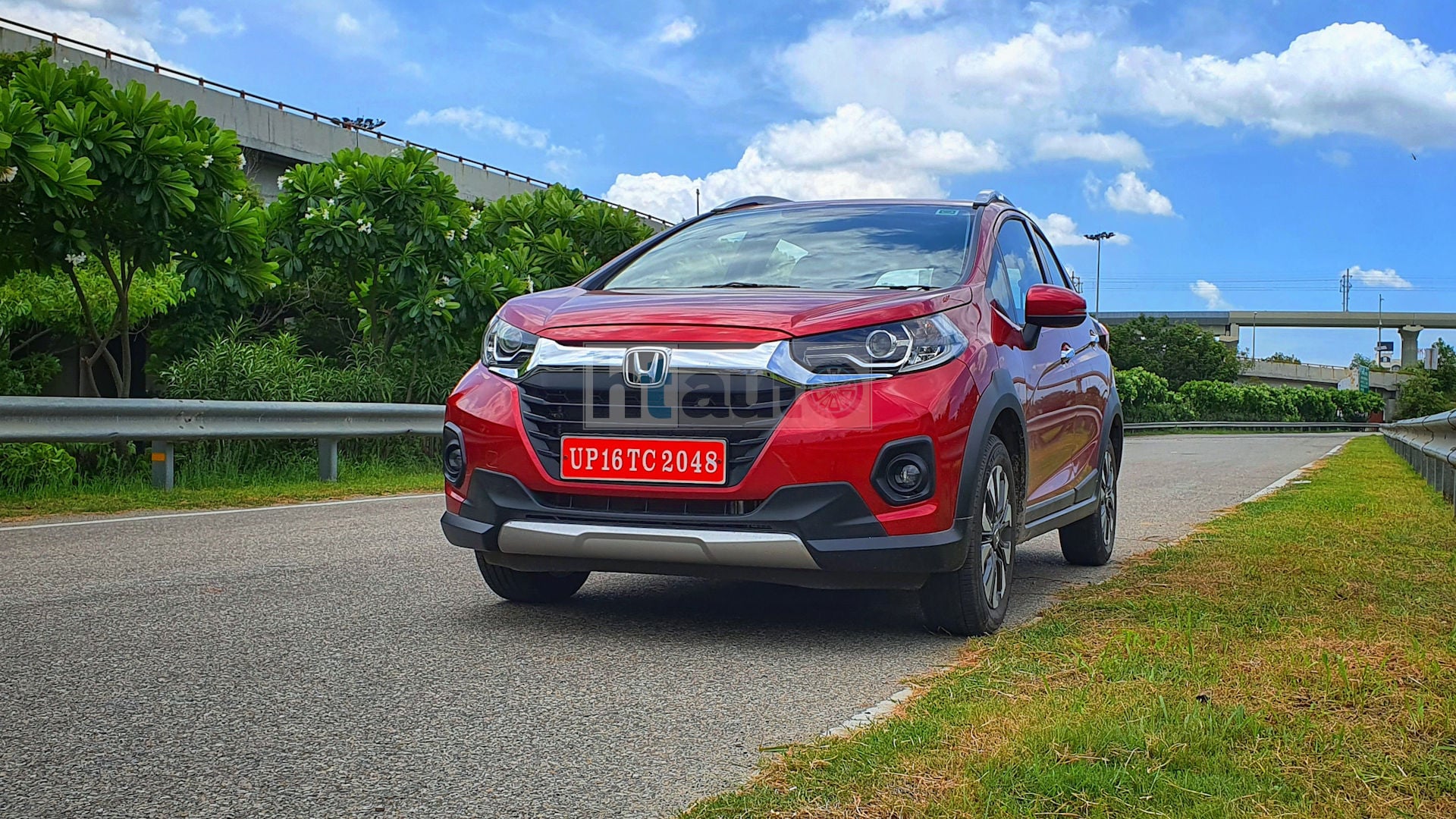 The new WR-V gets subtle changes to the design on the outside. (Photo:HT Auto/Sabyasachi Dasgupta)

The new LED projector head lights with DRLs go real well to flank the front profile of the car while the bold chrome grille - a Honda trademark of sorts - has been retained. Under it sits a horizontally-aligned grille and silver skid plates. The fog lights aren't much to write home about except that the black casing these sit in are more pronounced.

Not much to report on how the WR-V appears from the side and rear even if the new 16-inch alloys appear to give a dash of sportiness to an otherwise introvert-like appearance. The tail lights are also unmistakably WR-V but are LED units now. 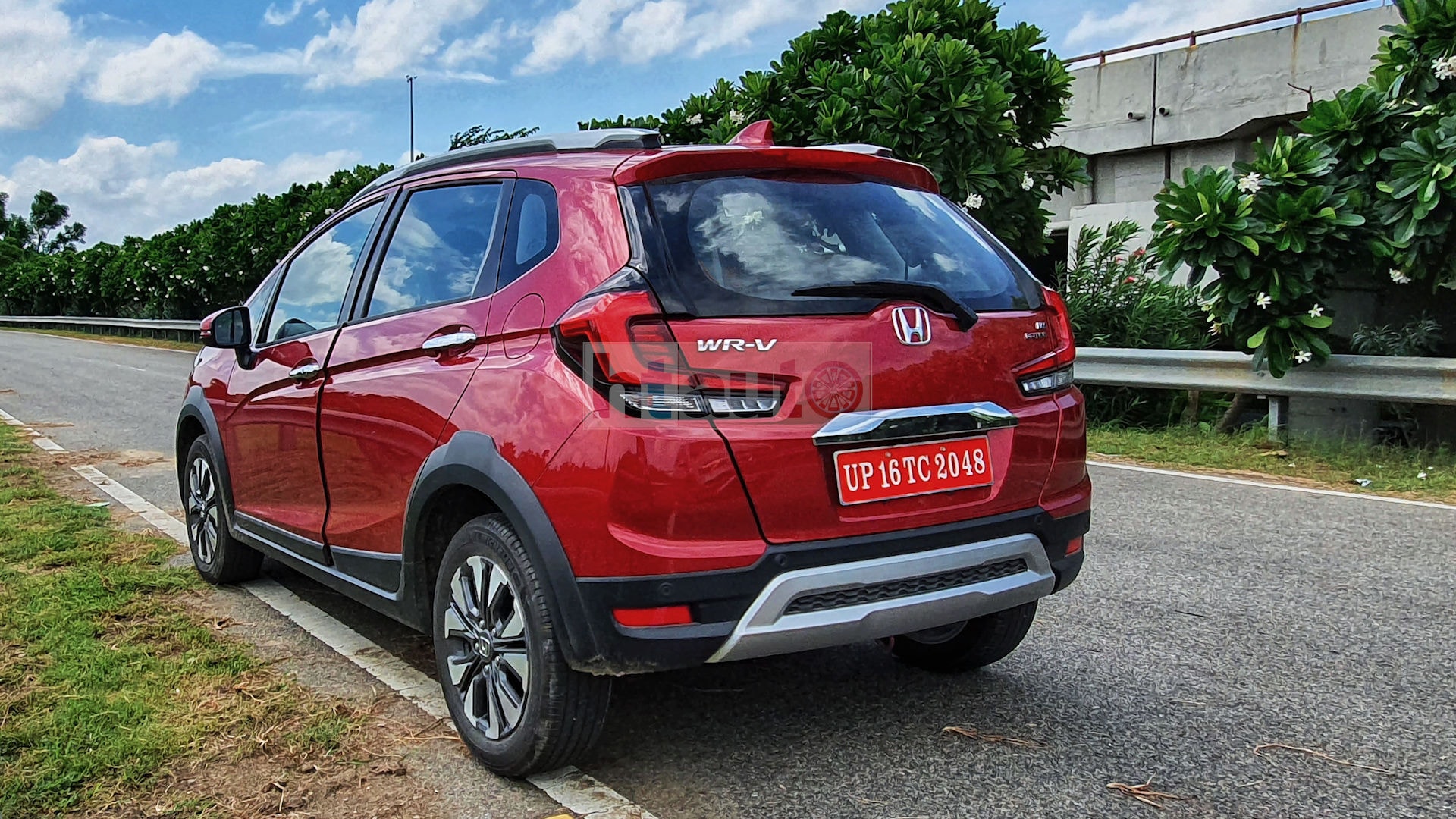 The WR-V continues to sit tall and has decent levels of ground clearance on offer. (Photo:HT Auto/Sabyasachi Dasgupta)

The car may still be categorized as some form of an SUV but it is a tall-boy hatchback to me and in that role, it stands slightly more handsome than before.

The pros and cons of 2020 WR-V are both most evident when this car is on the move. And that is really where the nodal point of this review lies in. I got to test the 1.5-litre i-DTEC diesel engine only and loved it and disliked it in equal measures. The diesel engine is a peppy one inside the WR-V and is eager to push itself when needed. But there's a catch. (Photo:HT Auto/Sabyasachi Dasgupta)

Diesel may be extinct for some but Honda is persisting with it and that could be because there is some noticeable movement in demand for it. The engine inside the new WR-V has slightly lesser mileage at 23.7 kmpl but is as fun to drive as ever. With 98 bhp of power and 200 Nm of torque, the car sure does get a move on.

The six-speed manual gearbox is also responsive and the shift-changes are short and on point. This ably helps the car make mincemeat of miles and while shifts are tuned precisely to negate the needs for quick changes in traffic conditions, the WR-V reaches triple digit speed marks in earnest and holds firm.

The suspension set up is also nice and the steering is adequately tuned to be nimble yet reassuring.

All of these make WR-V a true delight in diesel form but it is that same diesel engine which also bares a brutish side. There was just so much noise coming from under the hood that it was, quite frankly, a little unsettling. It is not a roar that I can justify using Lion King metaphors but the sort of unpolished grunt that should have truly been given a close look. The same grunt seeps into the cabin at relatively high speeds as well and this again, is not what WR-V would want to put in its resume.

Diesel engines should be such that even veteran auto journalists should have to step out, open the engine bay and check if this is indeed a diesel motor. Once you engage the push-button and start the WR-V, however, you won't have to check anything to confirm that this here is a diesel. And that's from me. In writing. Literally.

There is also no option of an auto transmission unit which is another big miss from Honda. The car maker was at the cusp of hitting back at rivals, and then some more but these factors pull back a car that is truly a peppy machine to be in. 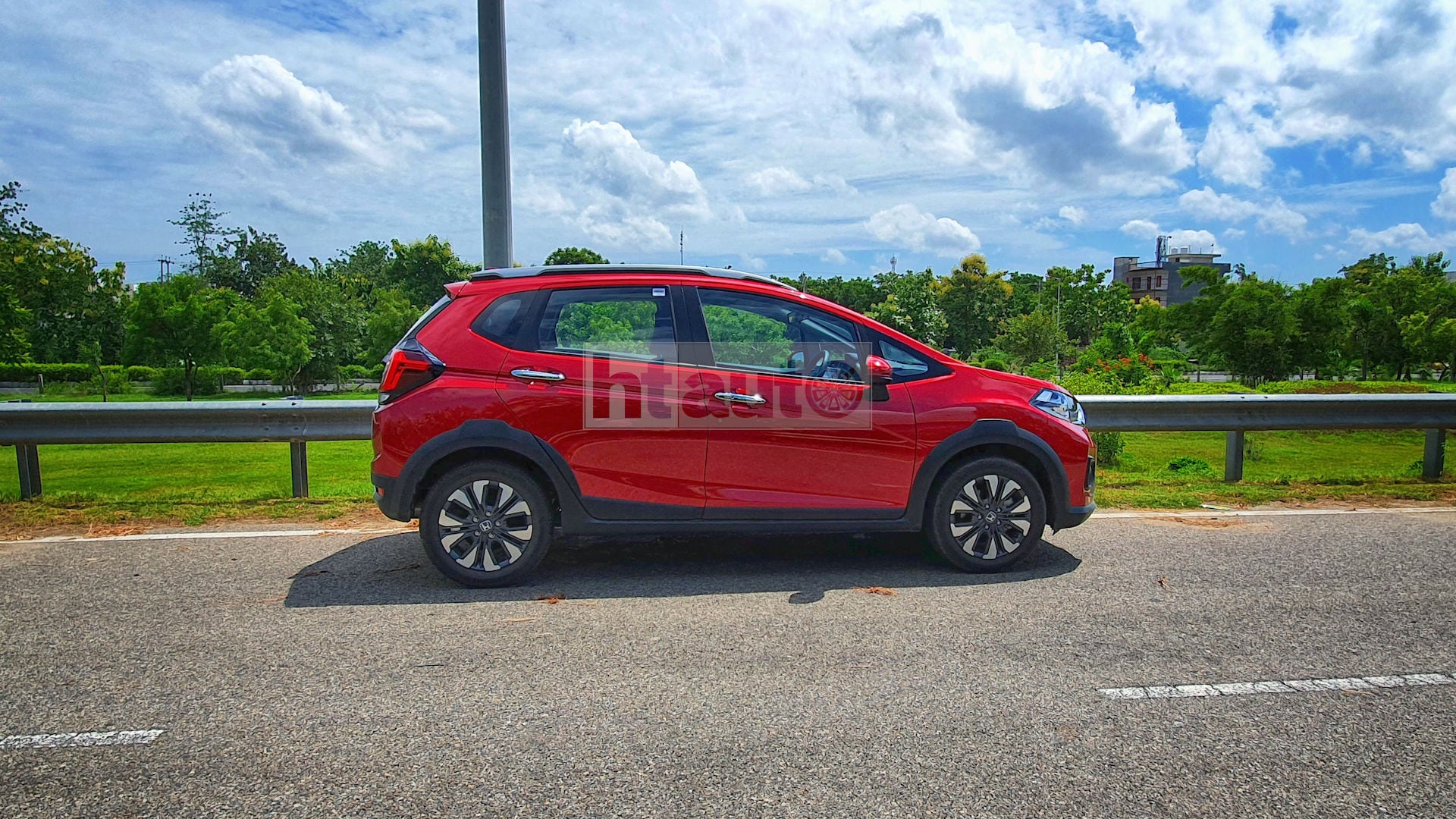 Practical? Yes. Comfortable? Yes. Fun to drive in diesel form? Yes. Refine? No. Loaded with features? No. WR-V 2020 is really a mixed bag of emotions.

Do I like the new WR-V a bit more now? Yes. Its visual cues have grown on me and I am still impressed with how much space the car still offers on the inside. Add to that the eager diesel engine and this car does make for an interesting option.

But just when I look a little harder and see the basic misses, and hear that engine grunt that would require me to get used to it, I have doubts creeping in. It is in those moments of doubts that buying decisions can go one way or the other and WR-V - starting at a decent price of ₹8.50 lakh (ex showroom) is made to fight a little bit harder than it probably should have to.