Honda, which has halted production since mid-March, will decide on a timetable for reopening its U.K. factory in Swindon on May 8.
By : Bloomberg
| Updated on: 04 May 2020, 09:04 PM 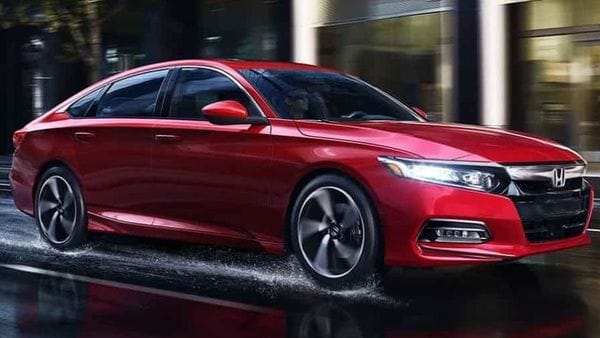 The first wave of resumptions at PSA’s plants is set to begin between May 4 and May 11, the French maker of Peugeot, Citroen, Opel and Vauxhall brands said Monday, almost two months since they were shut down. Honda, which has also halted production since mid-March, will decide on a timetable for reopening its U.K. factory in Swindon on May 8, it said in an internal memo to suppliers seen by Bloomberg News.

Governments across Europe shut down non-essential stores -- including car dealers and showrooms -- in a bid to contain the coronavirus pandemic. Manufacturers also halted production, dealing a shock to the industry that sent European car sales down 52% in March, the steepest decline on record, and French registrations down 89% in April.

A spokesman for Honda said a decision to restart production will be “reviewed in line with ongoing advice from the U.K. government as well as market and supply conditions." Honda, which makes the Civic mid-size in Swindon, plans to make 430 cars a day, it said in the memo.

The PSA and Honda restarts are adding to a groundswell of vehicle assembly lines that are slowly coming back at other companies including Renault SA, Toyota Motor Corp., Volkswagen AG and Daimler AG. Workers will follow strict health protocols to limit the spread of the coronavirus when they return to the factories, the two companies said.

PSA is taking a cautious approach to restarting its plants, guarding against inventory build up should consumers stay clear of reopened showrooms.

The first wave of production resumptions will be staggered over the week and include sites in France, Spain, Portugal and Morocco, according to Yann Vincent, head of manufacturing and supply chain. Output will be very closely correlated with new orders.

“We don’t want to be left with mountains of unsold cars," he said on a media call. “This is very finely tuned and dependent on how sales evolve. We will make what we can sell."

PSA, one of the most vulnerable carmakers to a downturn in Europe, last month posted a 16% slump in first-quarter revenue and forecast the continent’s market will shrink by a quarter this year.

The manufacturer is planning to merge with Fiat Chrysler Automobiles NV. The pandemic is a blow to Chief Executive Officer Carlos Tavares, who before the crisis struck had boasted that plants were running at full speed to satisfy robust order books.

“We don’t know how the market will rebound," Vincent said. “Our restart will be very strongly linked to commercial activity."

PSA plans to restart its Sevelnord plant in Hordain, France on May 11 with between 400 and 900 workers out of 2,500, Vincent said. The site makes utilitarian vehicles, which have good order books, he added.