Honda plans to launch its new India-specific SUV next year

Honda had earlier said it is developing an India-specific SUV which was expected to be launched this year. However, the Japanese carmaker has not yet revealed any detail about the SUV yet.
By : HT Auto Desk
| Updated on: 15 Apr 2022, 08:33 AM 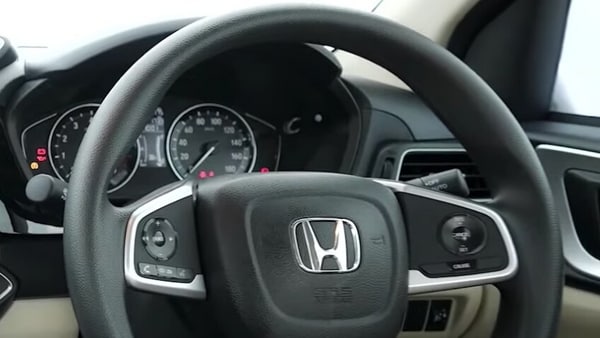 Honda will launch a new SUV in India next year. The Japanese carmaker had confirmed that it was in the process of developing an India specific SUV.

Japanese carmaker Honda has been developing an SUV specifically for the Indian markets. The carmaker had earlier said that it could introduce the new SUV to Indian customers this year. However, the company has announced a slight change in plan now. The SUV is now expected to hit the roads next year. Honda made the announcement on Thursday after it unveiled the Honda City e:HEV Hybrid sedan.

During an interview with news agency PTI, Takuya Tsumura, CEO and President at Honda Cars India, said, "We are recognising the market movement (towards SUVs). It is a global phenomenon so we are surely taking notice of that. Globally, we have a presence in the segment and we are considering what is best for India. We are planning an SUV model and plan to introduce it next year."

Tsumura said Honda will soon shift its focus towards the SUV segment which is currently one of the most popular in India. Honda had introduced SUVs like the CR-V, BR-V and WR-V in the Indian markets. While the first two has long been discontinued, WR-V has not been able to generate as much sales as some of its rivals yet.

Honda has not given any hint at what the new India-specific SUV will be like. There are speculations that the new SUV could be based on the carmaker's popular global model called HR-V. The carmaker has recently introduced a fully hybrid version of the SUV for the global markets. Given Honda's focus on green mobility and push for hybrid cars, HR-V's launch in India cannot be ruled out yet. "We cannot disclose that right now but of course we always think about future models... looking at what needs to be done," said Tsumura when asked if there are multiple SUV models for consideration for the Indian markets.

Honda currently has a strong presence in the sedan segment with the City mid-size model and the Amaze sub-compact sedan. "We have a long history with the City. It has been there for almost 25 years now with total sales of 8.5 lakh units sold. I believe the City brand is quite strong and we are getting numbers. We believe City and Amaze are strong brands and we are looking to continue with them. We will launch the SUV and continue with adding up to the lineup," Tsumura added.

Honda is currently struggling with the ongoing chip crisis issue. "We are still struggling with part shortage issues...due to Covid in China and Russia-Ukraine situation... So the situation is not very clear... We can have visibility at the first and second tier suppliers but under that there are layers and that could be impacted," Tsumara stated. Honda closed its facility in Greater Noida, Uttar Pradesh two years ago. It currently manufactures all its cars at the Tapukara plant in Rajasthan. Tsumara said that the carmaker is focussing at making India a prominent base for exports.