Honda's decision comes after studying of SUV's sales growth in India in the last 7 months.Honda's N7X SUV, which was recently launched in Indonesia, is being reportedly looked at for India launch.Currently Honda offers WR-V after it discontinued with its earlier SUV offerings like the CR-V or BR-V.
By : HT Auto Desk
| Updated on: 18 Aug 2021, 04:54 PM 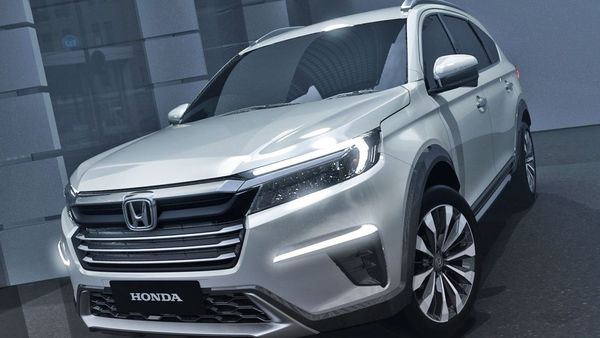 Japanese car manufacturer Honda is eager to increase its presence in the SUV segment in India in an effort to encash the growing passenger vehicle segment in the country. Honda Cars India has confirmed that it is working to develop an ‘India-specific’ SUV soon.

Honda Cars India Ltd (HCIL) President & CEO Gaku Nakanishi was quoted by news agency PTI saying, "We have studied how to launch an SUV (in the Indian market). So now we can confirm that we are in the developing phase to launch an India specific SUV."

Honda is not new to the SUV segment in India. It currently offers WR-V, which is a sub-four metre SUV. Besides WR-V, Honda also offers mid-size and sub-compact sedans like City and Amaze in the Indian market. It also offers Jazz premium hatchback.

Despite a WR-V in its product line-up for India, Honda does not have much presence in the SUV segment. However, that was not the case a few years earlier when the carmaker used to offer SUVs like CR-V and BR-V for Indian customers. But Honda was forced to pull out both the SUVs as they failed to meet desired results.

What made Honda shift its strategy is the fast growing SUV segment. While the company believes that the shift towards SUVs is a global phenomenon, in India it was slightly more owing to road and traffic conditions. Nakanishi said that the SUV segment's contribution in the passenger vehicle segment is set to cross 40 per cent in the coming days, according to company estimates. The SUV share in the overall passenger vehicle sales currently stands at around 34 per cent.

Though Nakanishi declined to share further details on the upcoming India-specific SUV or its expected launch time-frame, there are reports that Honda may consider the N7X SUV, which was recently launched in the Indonesian markets.

Honda will however continue to keep its focus on the sedan segment as well. Though the sales have dropped in recent times, Honda feels there is still enough demand for sedans in India. Rajesh Goel, Senior Vice President and Director (Sales and Marketing) at Honda Cars India Limited, said, "We have multiple segments in the Indian market and every segment has a particular space. So there would be customers who would keep preferring sedans. A lot of sedan launches by luxury carmakers in the last one year is proof that demand is there for such models."

Honda recently introduced a new 7-seater SUV concept in the form of the Honda N7X Concept SUV. This concept SUV will be Honda's newest 7-seater SUV for the South Asian markets. According to reports, this may replace BR-V in India.