2021 Honda Amaze facelift has been launched in India at a starting price of ₹6.32 lakh (ex-showroom).

Honda has launched the 2021 Amaze sub-compact sedan for the Indian markets today. The new generation Honda Amaze has been priced between ₹6.32 lakh and ₹11.15 lakh (ex-showroom) and comes with a redesigned exterior and cosmetic changes inside the cabin.

The new Honda Amaze will be offered in three variants, which include E, S, VX trims. The S and VX variants in petrol will come with CVT automatic gearbox. The diesel CVT engine will be available only for the VX trim.

As far as the changes are concerned, the 2021 Honda Amaze facelift now gets a new face with reworked grille. It has now shed the thick chrome with a slicker one. The new chrome slat connects the headlamps and two sleek slats below. The flat and sharp looking face will continue while the air intakes and front bumper look more sculpted. 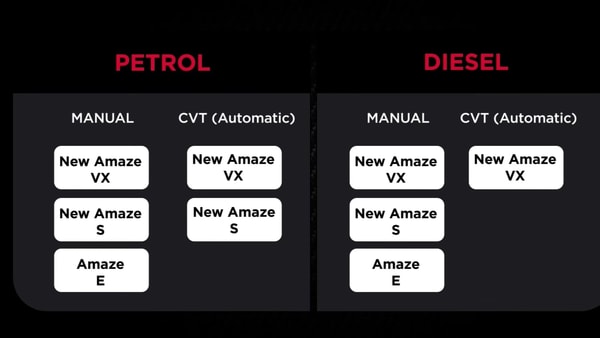 The new generation Amaze sub-compact sedan comes with advanced LED projector headlamps with integrated LED daytime running lights. This adds a more premium visual vibe to the sedan. It also gets a new set of 15-inch diamond-cut alloy wheels which has new design and door handles with chrome finishing. The rear of the new Amaze gets some more chrome garnish, C-shaped LED taillights and reflectors on the bumper. 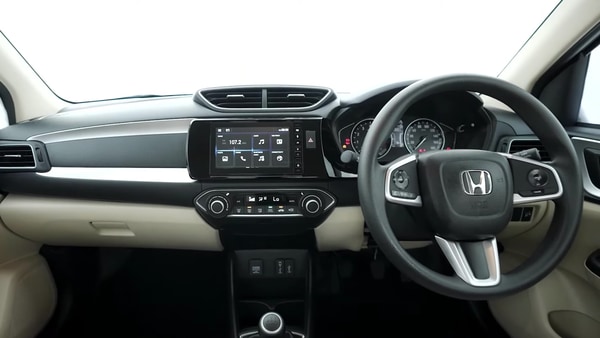 The cabin of the new Honda Amaze has been redesigned with a 7-inch infotainment screen, satin silver accent on dashboard and a black and beige colour theme.

The 2021 Honda Amaze facelift has undergone changes on the inside too. It now gets an updated cabin with few design tweaks like a black and beige colour theme, a satin silver accent on the dashboard, a new and updated 7-inch touchscreen infotainment system which supports Apple CarPlay and Android Auto. It also gets features like voice command activation, rear parking camera with multi-view and guidelines, push-button start stop, automatic climate control and more. 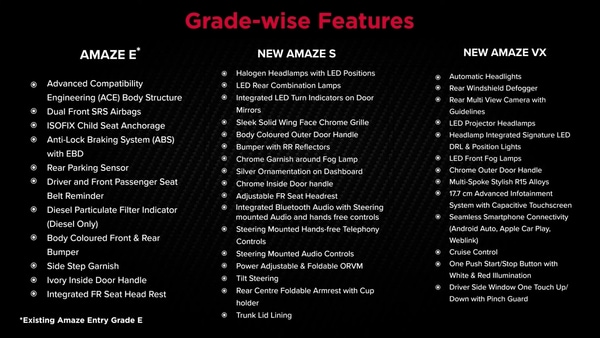 Honda says the new Amaze with petrol engine will return a mileage of 18.6 kmpl, while the diesel variants will offer 24.7 kmpl. 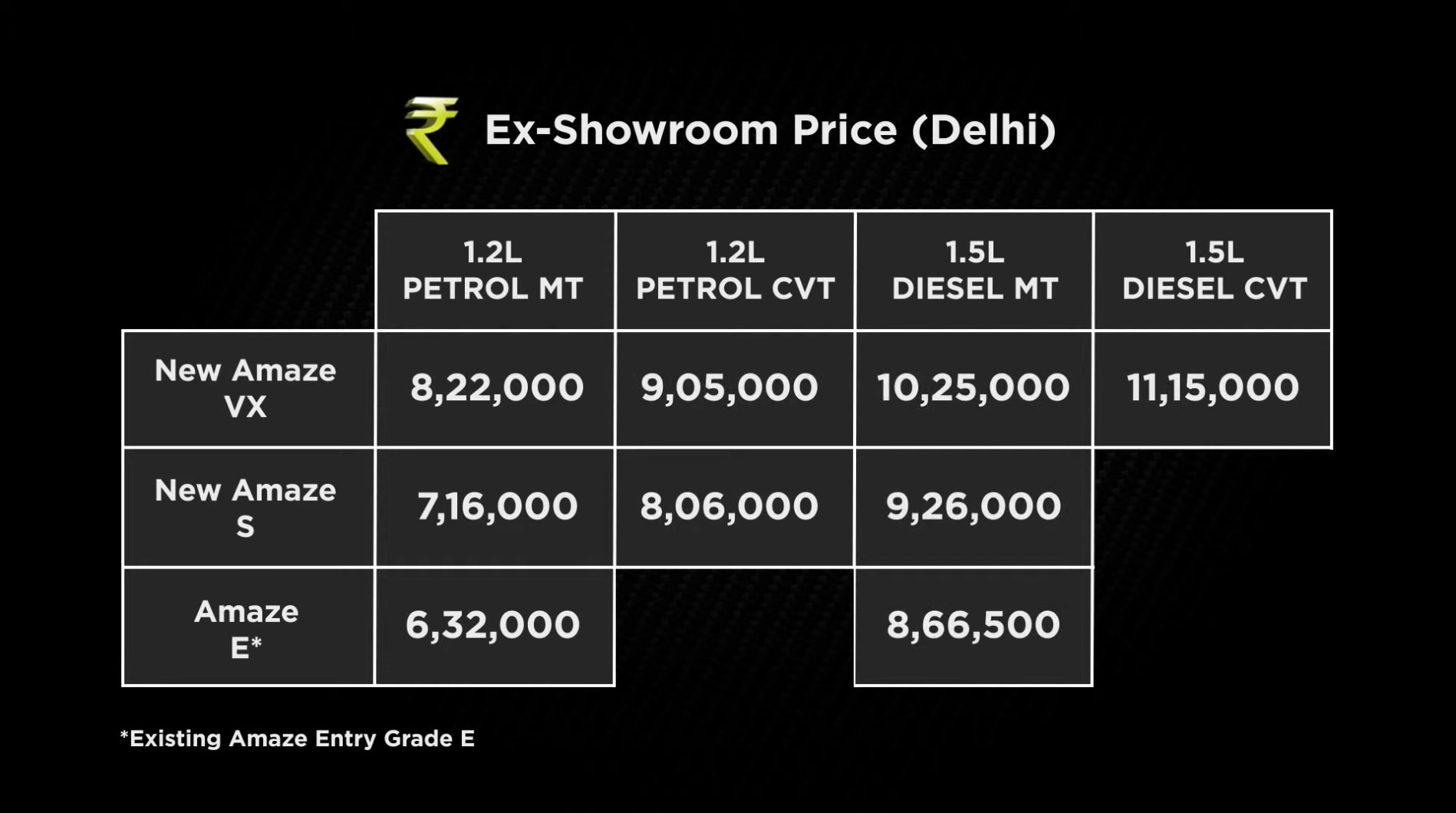 2021 Honda Amaze facelift will take on rivals like the Maruti Suzuki Dzire, Hyundai Aura, Tata Tigor and others.