Honda Civic Hatchback will be offered in US market by the end of this year and is promising to offer a sporty and more versatile drive option.Powered by a naturally aspirated 2.0-liter engine, the Honda Civic Hatchback produces 158 hp and has 187 Nm of torque.
By : HT Auto Desk
| Updated on: 24 Jun 2021, 08:47 AM

Honda Civic Hatchback 2022 will be offered in select foreign markets by the end of 2021.

Honda Civic may have been taken off the product list by the company here in India but the sedan does enjoy quite the fan following in several markets abroad. Such is the popularity of the sedan that just months after the 11th generation Honda Civic was revealed by the Japanese car maker, it has now officially unveiled the 2022 Honda Civic Hatchback which promises to make new set of promises and is quite the looker in its own right.

While it may essentially still follow the line of the Civic sedan, the Civic hatchback does have its own obvious characteristics, primarily in terms of its exterior design elements and structure, and in the cabin and under the hood. It gets a new grille which has a mesh texture while the roofline slopes quite obviously towards the rear to give it its coupe-ish profile. It may be five inches shorter than its sedan twin but has more luggage space on offer. The hatch is also noticeably wider which would allow for larger bags to be packed in without much trouble. 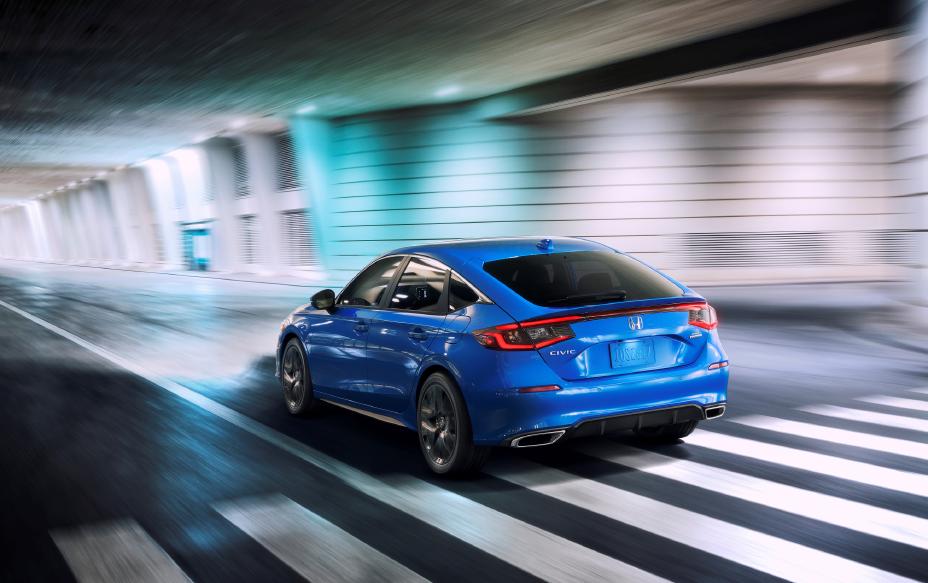 Honda Civic Hatchback has a slightly smaller profile than the sedan but does offer more boot space.

Thanks to other subtle differences to the outer frame of the Civic hatchback, it is sleeker and sportier to look at and these could help its performance credentials as well. Performance, however, is primarily taken care of by a 2.0-litre petrol engine that puts out 158 hp and has 187 Nm of torque. Honda states that with a 19% increase in torsional rigidity, this car is also safer and more refined.

On the inside, the hatchback has a cabin that is identical to the cabin inside the new sedan and so, the seven-inch main infotainment unit remains the mainstay while there is a driver display unit of the same size too. A larger nine-inch infotainment display makes its way in the top-of-the-line Sport Touring version which also benefits from a 10.2-inch driver display, 12-speaker Bose sound system and wireless phone charging. 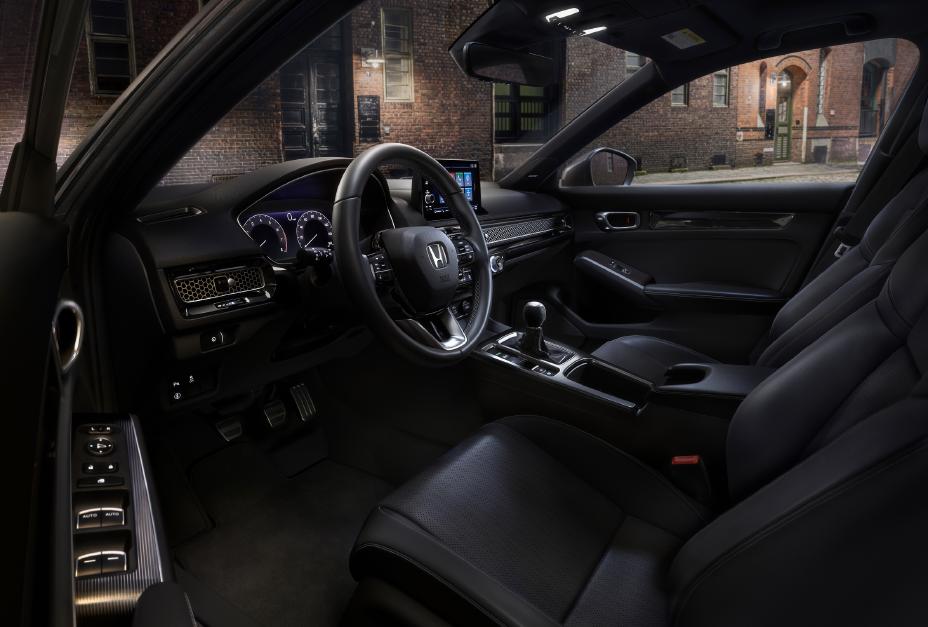 Civic hatchback from Honda boasts of several safety features which include rear seat side airbags and a more rigid body frame.

While Honda expects the four-door sedan to continue getting max attention in the US market, it is also confident that the Civic hatchback will have a more prominent say. And while there is no official date for its US debut, reports suggest it could make way to dealerships in the country by the end of the current year.