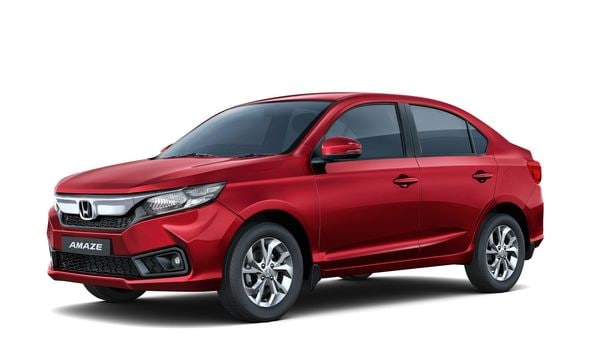 File photo of Honda Amaze which currently does the rounds on Indian roads.

Honda Amaze is reportedly set for launch in August with the Japanese car maker backing its mid-size sedan to continue with its decent run in the Indian market. The Amaze has fared reasonably well at a time when SUVs of all shapes and sizes have been dominating the car-buying landscape, and a facelift could act like a booster dose to its prospects here.

First launched in India in 2013, Amaze has put up a brave face against rivals such as Maruti Suzuki Dzire and Hyundai Aura, apart from hatchbacks that also fall in the near-same price bracket. The facelift Amaze is likely to get minor updates to its front and rear design elements while also getting additional armour inside the cabin.

While Honda Cars India has not revealed any official details, media reports suggest that the updated Amaze is likely to continue with its 1.2-litre i-VTEC petrol engine and 1.5-litre i-DTEC diesel engine options. Transmission duties could also still be on the shoulders of the five-speed manual and CVT units.

Honda Amaze, apart from City, is the company's strong offering and its existing price range of ₹6.20 lakh and ₹10 lakh (ex showroom) does make it an appealing option for many. The facelift will carry a slightly more premium price tag but could once again swerve attention towards it