The new Honda Amaze is set for an official launch on August 18 and will showcase several updates on the exterior styling and on elements in the cabin.
By : HT Auto Desk
| Updated on: 11 Aug 2021, 10:33 AM 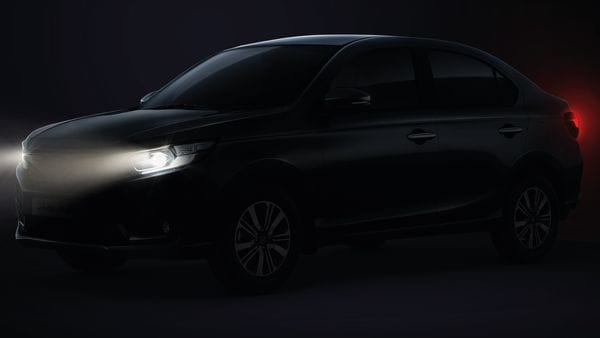 Honda Amaze has been a popular model among individual buyers and fleet operators.

Honda Amaze has been a strong performer for the Japanese car maker in India in recent times. And while sedans of varying shapes and sizes are making way for a wide variety of SUVs, the Amaze continues to sell in decent numbers. Expect a bump up in sales figures with Honda all set to launch 2021 Amaze facelift here on August 18.

Honda Amaze competes against the likes of Maruti Suzuki Dzire, Hyundai Aura, and Tata Tigor, among others, in the Indian car market. The second-generation model was introduced three years ago after being revealed at the 2018 Auto Expo. Now, the sub-compact sedan is all set to get a facelift.

Honda has already teased the 2021 Amaze facelift giving a hint of what's coming. It will come with a plethora of minor changes on the outside as well as in the cabin. The changes are limited to cosmetic front though. Mechanically, the sub-compact sedan would remain the same as the outgoing model.

Here are five major updates of the 2021 Honda Amaze facelift:

One of the major updates on the 2021 Honda Amaze facelift will be a redesigned front grille. The grille now sheds most of the chrome it had earlier. It looks more like what is visible in the new generation Honda City. There will be a thick chrome slat connecting the headlamps and two sleek slats below. The flat and sharp looking face will continue. Air intakes and front bumper too look more sculpted.

Updated side and rear profile

It gets new alloy wheel designs and chrome garnished door handles. The rear profile gets chrome garnish and reflectors on the bumper.

The 2021 Honda Amaze facelift gets an updated cabin with some minor changes. It gets a black and beige coloured cabin. There will be a satin silver accent on the dashboard, steering wheel etc. An updated touchscreen infotainment system with Apple CarPlay and Android Auto will be there. Since there are no changes to the overall dimensions of the vehicle, the space in the cabin will remain the same.