Hector ambulance comes equipped with an imported auto loading stretcher, an oxygen system with cylinder and a jump seat for attendant, among several other features.
By : Shubhodeep Chakravarty
| Updated on: 30 Apr 2020, 07:45 PM 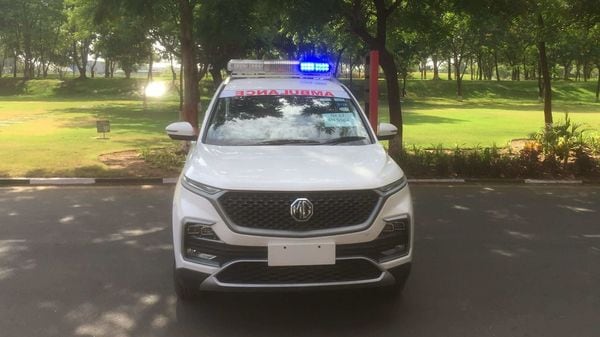 The Hector SUV was retrofitted as an ambulance in 10 days.

MG Motor India on Thursday announced that it has retrofitted a Hector SUV as an ambulance and has donated the vehicle to healthcare authorities in Gujarat's Vadodara. The company states that the car was turned into an ambulance by its engineering team at Halol where the company has its manufacturing facility, in partnership with Ahmedabad-based Natraj Motor Body Builders.

MG has said that the entire process of converting the Hector SUV, launched in India in June of 2019 as the company's first offering here, took 10 days. The converted car comes equipped with an imported auto loading stretcher, an oxygen system with cylinder and a jump seat for attendant. It has also been fitted with a medicine cabinet with five-parameter monitor and internal lighting and a top light bar with siren and amplifier.

The Hector ambulance additionally gets an inverter with battery and sockets as well as a few other medical equipment. 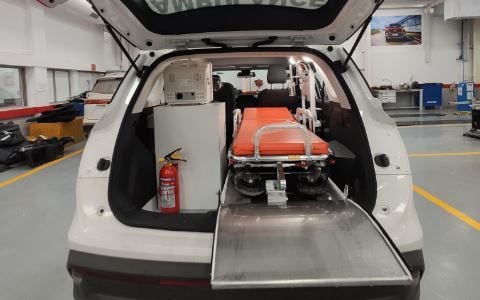 The auto loading stretcher is seen here inside the Hector SUV.

The SUV can be put into service immediately and the process of retrofitting it was done on priority because of an urgent need for support from officials in Vadodara.

Previously, MG had donated 100 Hector SUVs to help address the transportation needs of doctors, medical staff, police and local government officials currently in the midst of the battle against Covid-19. The vehicles, the company had said, have been provided free of cost and with fuel and drivers. (Full report here)

Car makers have increasingly stepped in in to help in the fight against the pandemic. A number of OEMs are assisting in production of ventilators, helping in construction of medical facilities, providing ration to locals amid lockdown and/or making financial donations.