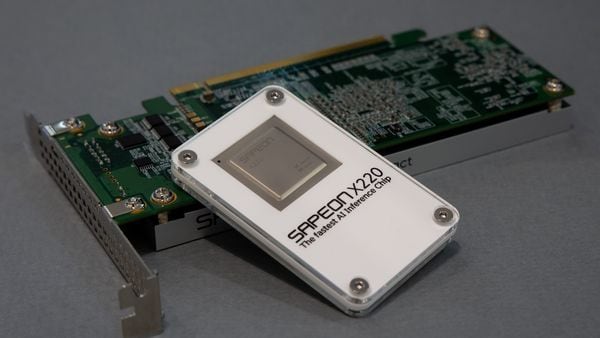 The auto company allegedly used old Intel chips instead of advanced Qualcomm chips which it advertised.

Chinese electric vehicle manufacturer Ora, owned by Great Wall Motors is facing a potential lawsuit from its consumers as the company has installed an old chip in one of its car models. Not only that, the auto company hid the fact from their consumers and told them that the particular car models come with cutting-edge technology.

The car in question is the Ora Good Car, which is priced at around $15,700. To cover up for the old chips the automaker installed in its cars, the brand offered the affected customers a package of store credit including subsidized charging, free software updates and app memberships.

However, that wasn't enough for many owners. Some of them have been demanding new chips for their cars or full refunds and compensation. According to them, the inferior processors have had a significant impact on their user experience, as some functions are not working properly, reports Caixin.

They are also in discussion with legal counsels for legal proceedings against the company on the ground of consumer fraud. The chips allegedly used in the electric car are old Intel processors from 2016, not more advanced Qualcomm octa-core processors as advertised by the OEM. As a result, the electric hatchback's entertainment system's third-party app options are limited.

Great Wall Motor, Ora's parent company, has already apologized for what it said was a marketing issue. "We would like to express our deep apologies to Ora Good Cat owners for the trouble brought about by the Ora Smart-cafe OS advertising content," the company said in a statement on December 9. It also added that it has asked Ora to verify and correct the product information on its website.