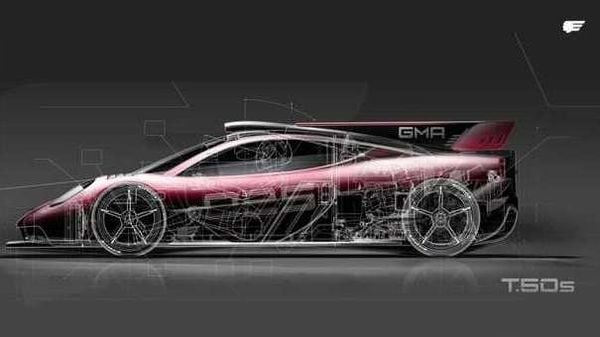 Gordon Murray Automotive last month unveiled its T.50 supercar that it claimed is the purest, lightest, most driver-centric supercar ever. Now, the company has announced a racing-focused variant of the hypercar which it says will be even more powerful and even lighter. The new hypercar has been code-named T.50s with only 25 highly-individual units being produced.

The racing variant weighs just 890kg while its Cosworth GMA V12 engine develops even more power. It features hundreds of significant revisions for race and track use. Its stripped-back interior highlights the track focus and contributes to the car’s 94 kg weight loss.

With the aerodynamic makeover, the T.50s features a 1,758mm-wide delta wing mounted to the rear of the car, which works with the rear-mounted fan, a new front splitter, underbody aerofoil and adjustable diffusers.

(Also read about the road-spec T.50 hypercar by Gordon Murray)

Of the multiple aero modes, the car operates in Downforce Mode at all times, with the underbody diffusor ducts open fully and the fan running permanently at 7,000rpm. The fan cleans the air from the car’s upper and lower surfaces, with the underbody flow accelerated through the car’s redesigned, sharply-raked rear diffusor. “The aerodynamics are so effective that the T.50s would be capable of driving upside down, and could do so at as little as 175mph," says Gordon Murray. 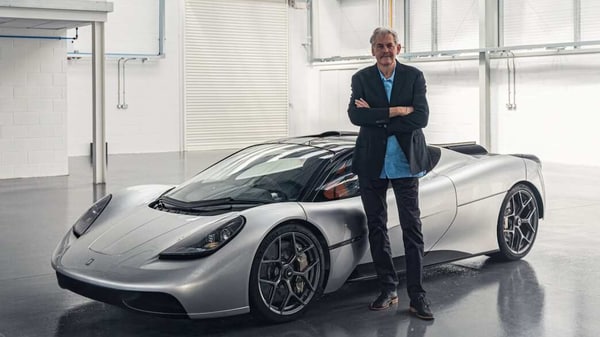 The T.50s has a retuned suspension with unique spring rates and dampers as well as a beefier anti-roll bar. The ride height has also been reduced by 1.6 inches (40 mm). The new hypercar rides on Michelin Cup Sport 2 tyres. These are mounted to forged magnesium wheels that significantly reduce the car’s unsprung mass.

Priced at £3.1 million, each T.50s will receive a full ‘Trackspeed’ individualisation package that includes set-up, training, racing and support. The cars will be fully customisable to personalise racing experience.