Ford F-150 pickup trucks to be built without computers. Blame it to chip crisis 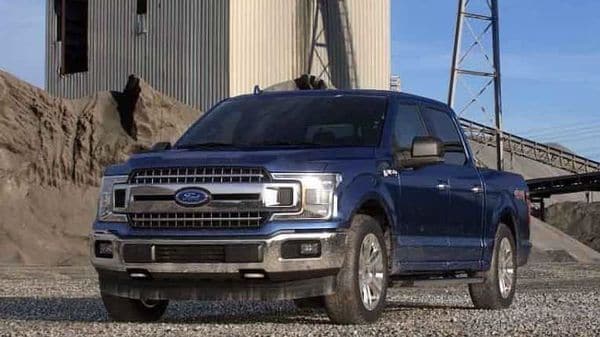 Ford F-150 pickup trucks will be held at factories for a number of weeks after production and then shipped to dealers once the computers are available and quality checks are completed.

With the global semiconductor shortage and a February winter storm that have impacted the US industrial activities, American auto major Ford has decided to produce F-150 pickup trucks without some computers.

The automaker says that the Ford F-150 pickup trucks will be held at factories for a number of weeks after production and then shipped to dealers once the computers are available and quality checks are completed.

Ford has also said that it will manufacture the Edge SUV without computers and ship them later. The chip crisis has also forced the automaker to cancel some shifts Thursday and Friday at an assembly plant in Louisville, Kentucky, where the Ford Escape SUV is produced.

Ford's decision to make the F-150 pickup trucks without computers is the latest ripple from the global semiconductor shortage, which previously forced automakers such as Ford, Honda, and Toyota to announce production cuts at some of their facilities. Besides Ford, another American auto giant General Motors also has decided to build pickup trucks without some computers and install them later when available.

The Ford F-Series pickup trucks are the bestselling vehicles in the US market and hold a major share in the North American market. The latest move is likely to tighten the inventory of these pickups. The Ford F-Series inventories are already under strain due to the high demand and production losses that took place in 2020 due to the coronavirus-related factory shutdowns.

According to the automakers, the global chip shortage is unlikely to improve before the third quarter of 2021. Ford claims that the chip shortage could cut its EBITDA between $1-$2.5 billion, even if it makes up for some of the lost production in the second half of 2021. The microchip manufacturers have witnessed a surge in demand during the post lockdown phase as the demand for consumer electronic goods increased massively across the world, resulting in shortage for the automotive chips.