The US President Joe Biden has been surprisingly avoiding Tesla time and again but mentioning General Motors and Ford's contribution in the EV space.
By : HT Auto Desk
| Updated on: 31 Jan 2022, 05:11 PM 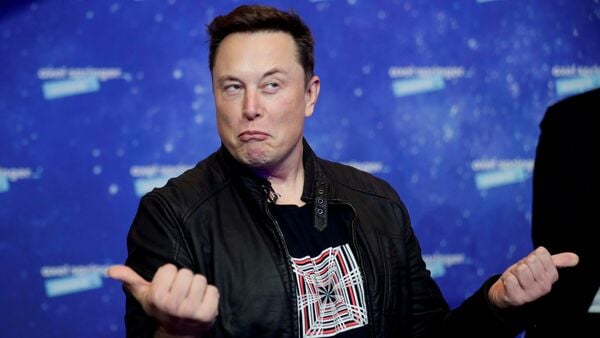 Tesla CEO Elon Musk has been expressing his displeasure at the US President Joe Biden's avoidance to the electric vehicle manufacturer.

This is not the first time the Tesla CEO has posted some sarcastic or cryptic taking a shot at the US President. Just a few days ago he said that the US President treats Americans like fools. The remark was made after the US President shared on a microblogging site that auto companies such as General Motors and Ford are producing more electric vehicles in the country than before.

For reasons unknown, @potus is unable to say the word “Tesla” https://t.co/dcBNowOgKA

Musk has been expressing his displeasure at US President Joe Biden's continuous avoidance of the electric vehicle manufacturer, while at the same time he has been praising the legacy automakers such as Ford and GM for entering the electric vehicle arena, even though the two automakers are far behind in terms of selling EVs compared to Tesla. Because of deliberately avoiding Tesla, Elon Musk had called Biden and his administration biased earlier.

Joe Biden has been avoiding mentioning Tesla's name as an EV maker before he became the US President. A reason behind it could be Tesla and Elon Musk's vehement anti-union stance.

Under the US' Built Back Better Act passed in November last year, the Biden administration offers a $4,500 subsidy to the electric vehicles assembled by union labours. This was introduced as part of the Biden administration's pro-EV stance. However, Tesla buyers don't get the benefit of this subsidy as the EV company is a non-union one. Referring to this, Musk even said on Twitter that Biden is in the pocket of the United Auto Workers (UAW), which is represented largely by Ford and GM employees.