Remark from Elon Musk comes after US President Joe Biden shared on a microblogging site that companies like General Motors and Ford are producing more electric vehicles in the country than before.Earlier, Musk had called Biden and his administration ‘biased’.
By : HT Auto Desk
| Updated on: 29 Jan 2022, 09:14 AM 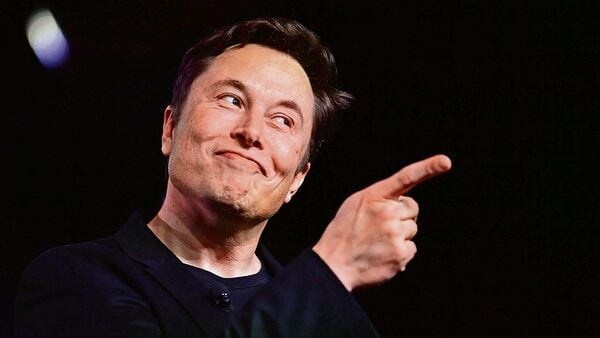 Tesla Chief Elon Musk slammed US President Joe Biden after Biden left out the EV maker while talking about the future of electric vehicles in America. It seemed that Musk was supposedly irked after the US President excluded the name of Tesla in a Twitter post where he said, “Companies like GM and Ford are building more electric vehicles here at home than ever before."

As per a report by ANI, Musk replied to Biden's tweet by writing Tesla in all caps. In another tweet, he said, “Biden is a damp Socks puppet in human form." He also added that Biden is treating the American public like fools to his former remark. Musk's statements come after the President met the executives from rival companies such as General Motors and Ford Motor earlier this week.

(Also read | EV push by Joe Biden may hit roadblock within even as Canada, Mexico up pressure)

President Joe Biden had invited CEOs of General Motors and Ford along with other business leaders to the White House to discuss his administration's Build Back Better legislation. Last year, he had invited executives of the mentioned auto companies when signed an executive order with the goal of making all vehicles sold in the US electric by 2030.

Musk had reacted to that move as well calling the US President and his administration ‘biased’ against his company. At the Code Conference in Beverly Hills in California, he stated the administration to be influenced by organised labour and that he would prefer to see a more centrist president. “It’s not the friendliest administration. It seems to be controlled by the unions," Musk had said. The Tesla Head had also mentioned that not once the President had mentioned Tesla and had only praised GM and Ford for leading the electric vehicle revolution.

Last year, Biden signed an executive order that aims to end the sales of petrol vehicles by 2035 to reduce greenhouse gas emissions, however, the policy will allow some exceptions for military and space vehicles.