Canada's Deputy Prime Minister Chrystia Freeland, in a letter to US senators, conveyed that Ottawa is 'deeply concerned' by the electric vehicle tax credit that has been proposed in the Build Back Better Act.
By : HT Auto Desk
| Updated on: 12 Dec 2021, 12:20 PM 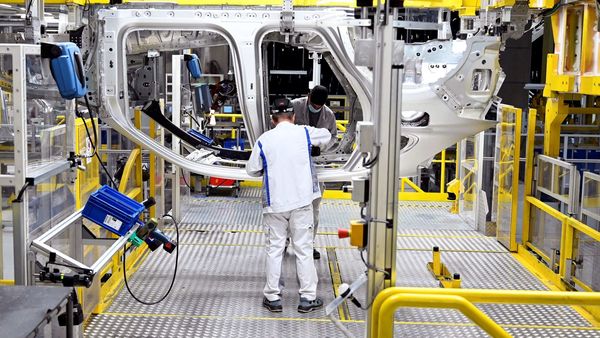 Canada has threatened to impose increased tariffs on American goods and suspend parts of a North American trade deal if Washington decides to reward electric cars made in the US union shops which the country sees as a detriment to its auto sector.

Deputy Prime Minister Chrystia Freeland, in a letter to US senators, conveyed that Ottawa is 'deeply concerned' by the electric vehicle tax credit that has been proposed in the Build Back Better Act. The letter said that this move violets the United States-Mexico-Canada Agreement. The proposed EV tax credit is equivalent to a 34 per cent tariff on Canadian assembled EVs. Freeland added that this is a ‘significant threat to Canadian automotive industry and is a de facto abrogation of the USMCA.’

(Also read | No more petrol vehicle sales in the US after 2035, orders Joe Biden government)

The proposal that is included in US President Joe Biden's $1.75 trillion spending package that is still pending in Congress, encourages US production of electric vehicles by offering big tax credits for local union-manufactured EVs. It also directs to phase out import of EVs after five years.

Along with Canada, Mexico too has argued that it threatens the integrated North American auto supply chain enabled by the USCMA signed in 2020. If the proposal is passed, Freeland said Canada will move towards the imposition of retaliatory tariffs on the US auto industry and several other sectors. It will also suspend US access to the Canadian dairy market and hold up implementation of new copyright rules in the USMCA. She also added that a list of US products that may face Canadian tariffs will be soon released.

Non-union automakers like Toyota and Tesla have expressed their dissatisfaction regarding the proposal and also added that this will hinder the smooth transition towards an electric auto industry.