US President Joe Biden wants to offer subsidies on locally-made electric vehicles but Mexico complains this is a discriminatory move.
By : HT Auto Desk
| Updated on: 03 Dec 2021, 09:40 AM 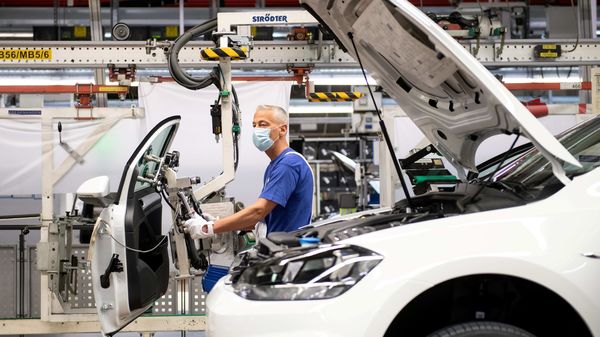 The Mexican government is reportedly planning to take legal action against the decision of US President Joe Biden to offer subsidies on electric vehicles that are union made and are manufactured in the United States. Biden’s Build Back Better Act, fears Mexico, would lead to job losses in the central American country which is a major manufacturing hub for automobiles.

The bill itself is scheduled to come up for a vote in the Senate later this month and basically calls for more subsidies on locally-made electric vehicles that are ‘made in America with American materials and union labor by $12,500 for a middle-class family,' as per a statement issued by the White House.

A number of major American, European and Asian automotive companies have plants in Mexico with the automotive industry being a major job provider to locals here. But a move in the US to incentivize local production may take such factories out of Mexico. The country's secretary of the economy - Tatiana Clouthier, feels the bill is discriminatory against EVs built in Mexico and goes against the provisions in the US-Mexico-Canada free trade pact. “This bill is not consistent with the U.S. obligations under the TMC and the rules of World Trade Organization. We would apply trade reprisals," she said.

Mexico and the United States have had trade-related tussles even in the past. US expressed concerns over Mexico's apparent attempt to restrict competition in the electrical power sector by ‘favouring’ the country's state-owned utility company.

But the issue of incentives and subsidies for US-made EVs has the potential of becoming a major flashpoint. Former US President Donald Trump had time and again pointed to the issue, claiming that auto companies were manufacturing in Mexico and selling to Americans while American labour suffers. He had even warned of stern action.

While Biden has hardly been as severe with his opinions, the plan to make US-made EVs more affordable is likely to flame trade tensions between the two neighbouring countries.

(With inputs from Associated Press)