The ultra-exclusive special edition of the iconic British car will be replaced by the new Flying Spur.
By : Sabyasachi Dasgupta
| Updated on: 16 Apr 2020, 10:12 AM 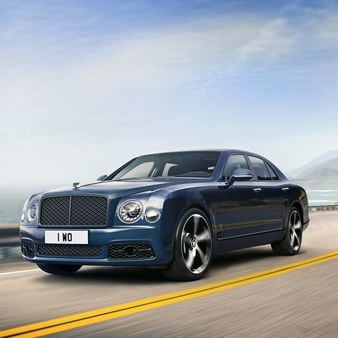 Production of the ultra-exclusive Bentley Mulsanne 6.75 Edition, the final version of the long model, has been delayed due to continued plant closure caused by the coronavirus outbreak.

The Limited Management 6.75 Edition has been created by Bentley coachbuilding division, Mulliner, and will mark the end of more than 11 years of production execution for the Mulsanne. The British signature flashing model outlet has been drawn up from 2009. It will also be the final of the machine to feature the 6.75-liter Bentley V8 engine, the longest-running V8 in continuous production.

Only 30 models of the 6.75 Edition by Mulliner will be available before the production of the car ends. These 30 models, described by the company as a "parting fit for a British masterpiece of automotive engineering and craftsmanship," were due to be produced this spring. But with the Bentley Crewe factory still closed, says the production firm is now due to be completed in the summer.

With no immediate plans to replace the chief sales and marketing model Chris Craft has confirmed that the company will "reinstall all of our manufacturing process from colleagues currently working on the Mulsanne straight to other areas of the company" . The Flying Spur will become Bentley's flagship, with confirmation of a hybrid variant arriving in 2023.

The Mulsanne 6.75 Edition straight is based on the existing 530bhp Mulsanne Speed, with a number of specific details inside and outside referring to the engine. These include seat motifs, chrome badging for the exterior and engine compartment and a 6.75 Logo Edition LED-projected puddle light.

The Mulsanne has played a very important role in Bentley's position as a world leader in luxury, it is time to say goodbye to it as it deserves with this final edition that sets the bar as high as expected for such a highly acclaimed model throughout. of the world.

Mulsanne will leave its place for the new Flying Spur, which will also receive a hybrid engine by 2023, which is a step forward for the brand.