Home Auto Cars News Honda To End Production Of Civic, Cr V In India, Focus May Be On Evs

Honda to end production of Civic, CR-V in India, focus may be on EVs

Honda says India is an extremely important market in its global strategy.The car maker underlines on bringing newer technology and EVs to the country.For now, the new Honda City will be the most premium offering from the company here.
By : HT Auto Desk
| Updated on: 23 Dec 2020, 04:42 PM 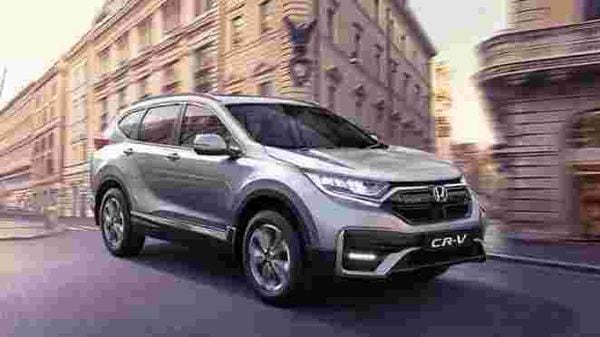 With the closure of production facility in Greater Noida and fully concentrating it to the facility in Rajasthan's Tapukara, Honda Cars India is also reportedly ending the road for its Civic and CR-V with the fifth-generation City now left to be the most premium product on offer in India. The car maker, however, is betting on newer technology and EVs to make a mark in the Indian market in the times to come.

Speaking to The Hindu Business Line, Honda Cars India's Rajesh Goel confirmed the decision to close Civic and CR-V production. "The Tapukara plant is designed to be adequate to manufacture the mid-size cars, and therefore the Civic and CR-V size cannot be accommodated," said the Senior Vice-President and Director, Marketing and Sales at HCIL. "And, if we invest in the existing models, then the pricing dynamics may not match the expectations of the customers, especially since the market has de-grown over the last one year."

Both Civic and CR-V have been slow movers for Honda in India. While Goel says the company is committed towards providing service and spare parts to existing customers owning either of the two cars, it is also true that the sales figures may not have justified a continuation either. Instead, Honda is looking at better and newer tech.

In a press statement issued to confirm that all production operations will now be at its facility in Rajasthan alone, Honda put up a brave outlook for the times to come. "India is extremely important market in Honda’s global strategy and HCIL is committed to bring its latest and advanced technology models including electrified vehicles in future," said Gaku Nakanishi, President & CEO, Honda Cars India. "HCIL continues to believe in the resilience of the Indian economy and hope for a quicker recovery of the market."

While there is no word on 'when' EVs from Honda could make way here, the question of 'if' at least may have been answered. India is moving steadily towards electric mobility and while two and three wheelers are expected to lead and light the way forward, there is noticeable movement in the passenger vehicle segment as well. Tata Motors has been faring reasonably well with its Nexon EV while Mercedes launched the EQC a few months back. The likes of Audi, Jaguar and Volvo have confirmed their repsective EVs are hitting Indian shores next year while Mahindra's e-KUV is likely to make a bang with its comparatively affordable pricing.

Where does all of this leave Honda then?

Globally, the Honda e - the company's first all-electric product - has been received well. It is sold in select European markets and while rivals are looking at upstaging Tesla, the e sticks to its strengths of being a city commute option. "We question whether larger vehicles are appropriate for urban areas, and believe that smaller is a better option for cities," Tomofumi Ichinose, chief engineer of the Honda e had previously said.

Whether Honda e comes calling to India, or if it is another product, however, remains to be seen.