Citroen Space Tourer is a concept combining a sedan, sports car, UV into one

The concept car comes with a vast majority of glass panel that looks like a single curved glass to create the roof, hood, side windows and rear deck lid.
By : HT Auto Desk
| Updated on: 27 Dec 2021, 10:41 AM 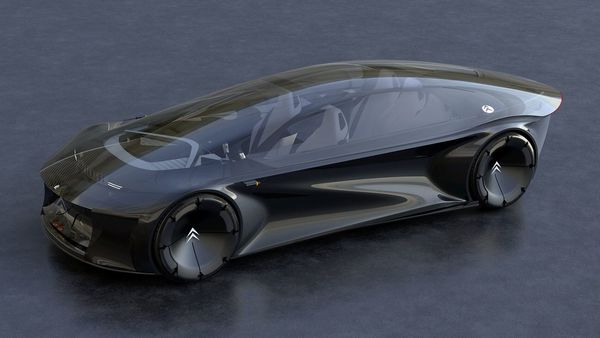 This design might score negative points considering the fact that on hot summer days it wouldn't be very convenient for the occupants.

Design study concept cars often bring unique technologies and innovative designs on the plate. The latest in that list of the Citroen Space Tourer concept imagined by Carlos MM, who is an independent automotive designer. This independent design study looks like a perfect blend between three different body styles - a sedan, sports car and utility vehicle.

The concept previews a radical futuristic car that oozes out premiumness from every inch. As the designer claims, the concept combines a family sedan with a sports car and a utility vehicle at the same time, to form an ultimate grand tourer and an electric vehicle that can serve a multitude of purposes.

Speaking about the overall design of the Citroen Space Tourer concept, it grabs attention at the very first glimpse with its suave and fluid look. The car comes with an extremely long wheelbase and the top half of the concept gets a large glass panel in form of the greenhouse area. With that much glass, it looks like a single piece of glass curved in an attempt to cover the hood, windshield, roof, side windows and the rear decklid as well.

However, in terms of practicality, this design might score negative points considering the fact that on hot summer days it wouldn't be very convenient for the occupants.

Speaking about other design elements, it gets a simpler front fascia with a large Citroen logo and sleek LED headlamps with daytime running lights. Instead of traditional wing mirrors, the concept gets cameras. It gets massive wheels with aerodynamic covers. Moving to the rear of the concept car, it gets a full-width sleek LED light bar along with sleek and curvaceous bodywork.

The cabin of the Citroen Space Tourer concept gets an oddly-shaped steering wheel with its top cut off. There is a holographic digital instrument cluster, a curved dashboard with a curvy digital infotainment system.