Showcased at CES 2020, the Mercedes-Benz AVTR, named after the environmentally-conscious sci-fi film Avatar, is designed to showcase a melding of human and machine interaction for a mode of transport “in the very distant future.”
By : Bloomberg
| Updated on: 07 Jan 2020, 12:09 PM 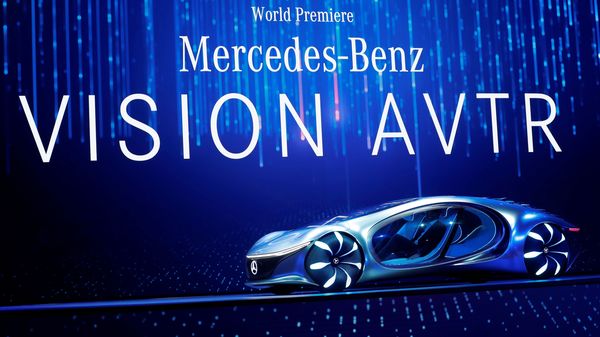 Daimler AG Chief Executive Officer Ola Kallenius paused an ambitious cost-cutting campaign long enough on Monday to unveil a futuristic concept vehicle inspired by one of the most expensive Hollywood blockbusters ever made.

The Mercedes-Benz AVTR, named after the environmentally-conscious sci-fi film Avatar, is designed to showcase a melding of human and machine interaction for a mode of transport “in the very distant future," according to the German carmaker. 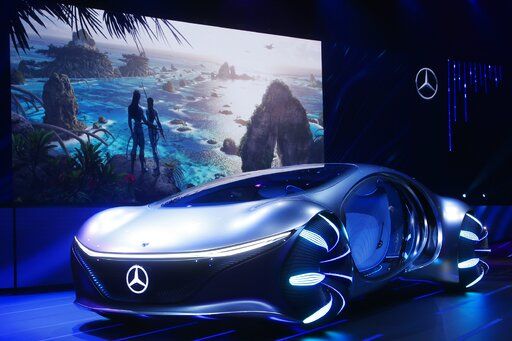 The electric-powered car features a fully recyclable battery, lateral crab-like movement and no steering wheel. Instead, a biometric control function “allows human and machine to merge" as the car monitors the driver’s breathing patterns, the company said. 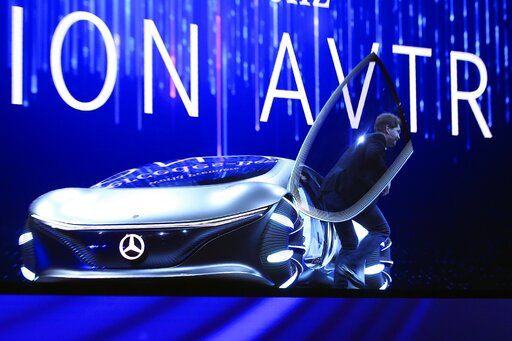 Ola Kallenius, Chairman of the Board of Management Daimler AG and Mercedes-Benz AG, climbs out of the Mercedes-Benz Vision AVTR concept car. (AP)

The Tinseltown glamour at one of the world’s biggest gatherings of tech aficionados marked a jarring contrast with Kallenius’ recent public appearances after taking over the world’s largest premium-car manufacturer from veteran leader Dieter Zetsche last year.

The new CEO has vowed to slash more than 10,000 jobs worldwide to save 1.4 billion euros ($1.5 billion) by the end of 2022. That comes as global demand for cars waned after a decade of almost uninterrupted growth. Daimler is also conserving cash to pay for an electric-powered vehicle blitz needed to meet emissions rules in Europe and compete with industry leader Tesla Inc.

It’s unclear whether the new concept vehicle will make an appearance in the long-awaited Avatar sequel film, the release date of which has been pushed back from later this year to December 2021. That’s one facet of the film franchise that Kallenius won’t be keen to emulate as Daimler moves ahead with plans to introduce more than 10 fully-electric vehicles over the next three years.