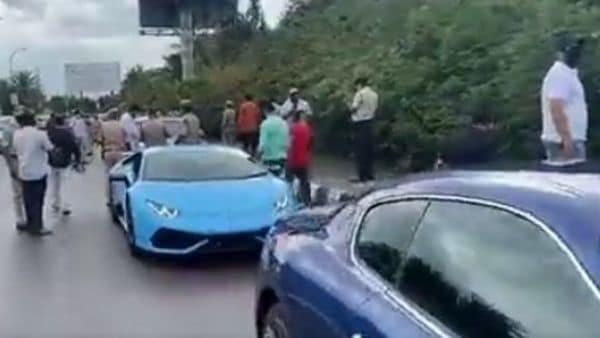 Road tax might not be something that we want to pay, but that is a necessary evil. Some exotic supercar owners in Hyderabad learnt it the hard way when their vehicles were seized by the Telangana Road Transport Authorities.

Also Read: Lamborghini Countach finds a place in the House of Gucci

On August 16, some exotic supercar owners joined for a meet. It was all smooth until they reached near the Rajiv Gandhi International Airport where they were intercepted by the government authorities and inspected. It was found that among 15 luxury vehicles, the majority had no road tax papers. This led to the seizure of those vehicles.

The incident took place in Shamshabad, a suburb of Hyderabad. High-end cars involved in the incident were multiple Lamborghini Huracans and Maserati GranTurismo, Rolls-Royce and Ferrari among others.

The authorities have registered cases against the vehicle owners for driving on roads without paying the tax. Besides the impending vehicles, the owners have been fined up to ₹5 crore. All the vehicles were seized by the officials and were taken to the RTA office.

This reminds us why one should not be avoiding paying road taxes, no matter how affordable or expensive his or her car or any other vehicle is.